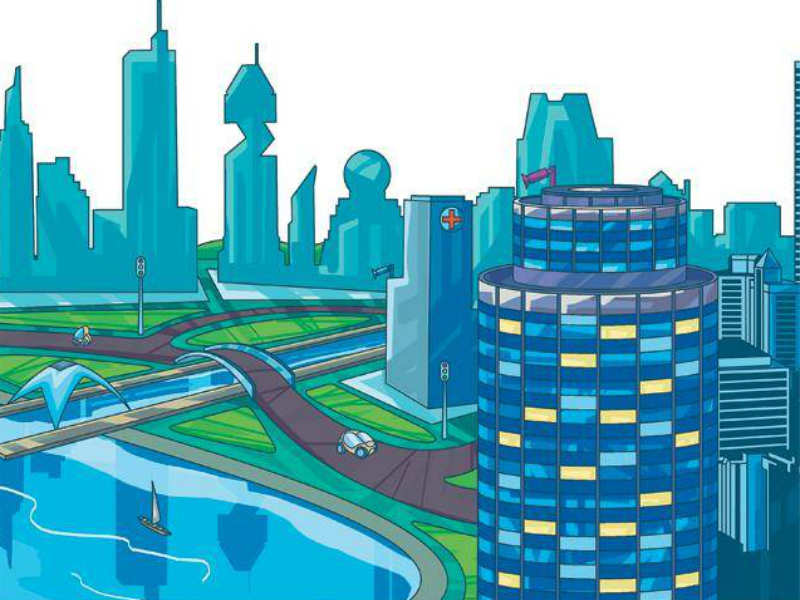 Infrastructure development is critical for economic development. It has a domino effect on the other sectors of the economy as it helps improve productivity by removing infrastructural bottlenecks, which impede economic growth. A developing country like India has to invest in the sector for future growth. The push of the present government in improving infrastructure is thus a step in the right direction. In India Infrastructure typically includes projects done in a host of sectors. It includes sectors like roads, railways, airports, ports, dams, electricity, irrigation, telecom, water supply, sanitation systems, cross country systems and inland waterways. etc.
Advertisement

The government cannot meet the needs of this diverse sector alone. The critical element thus is engaging the private sector in the improvement of infrastructure, as the government spending alone will not be enough to meet India's diverse infrastructure challenges. Restructuring PPP's ( Public-Private Partnerships) is the viable method and the way ahead as it helps the public sector to regulate while allowing the private sector to invest in the growth story of the country. There are various models of PPP in India like BOOT, BOT, BOOST that can be leveraged. It will happen only when risk allocation is understood in detail both by public and private sectors. Some of the aspects of the infrastructure are elaborated here. Needless to say that the competitiveness of India would greatly be enhanced if the infrastructure sector is bettered.

India has the second largest road network in the world at present, and much has been achieved post-1990's. The push through NHAI for connecting the four major metropolitan cities through national highways a project called 'golden quadrilateral' did a lot to improve connectivity. How're still a majority of the roads in India are rural roads. National Highways (NH) constitute just close to 1.9 percent of the entire network but carry 40 percent of the traffic on Indian roads. To better it, the Government plans to build 30 km of roads every day in the coming years.

India has 13 major and approximately 200 minor ports spread across nine states in India. The Indian port capacity crossed the mark of 1 billion tonne in 2011. The performance of the non-major ports segment (which is a state subject) has improved considerably in the previous few years. The non-major ports segments, especially in states like Gujarat and Andhra Pradesh, have done well. The NITI Aayog envisages an expansion of total port traffic from 1051 million tonne (MT) in 2014-15 to about 2,200 MT by 2019-20. Similarly, the thrust is now on inland waterways as this is a major area that has not been leveraged to the extent it has been in some other countries.

The Indian Railways network is spread over some 64,000 km, with 12,000 passenger and 7,000 freight trains plying each day from 7,083 stations carrying around 23 million travellers and 2.65 million tonnes (MT) of goods daily. The recently released report of the 'Committee for Mobilisation of Resources for Major Railways Projects and Restructuring of Railways Ministry and Railway Board' proposes liberalization and further competition in the sector. The way forward is to have faster mobility options for people to improve the competitiveness of India.

Advertisement
The power sector in India is also improving but still a more than 300 million people in India. The improvements post 1991, which opened up to generation from the private sector with amendments in 1991 to the electricity supply act have been robust. The improvements have resulted in generation capacity Increasing from 70000 MW to 275000 MW in 2015. Similarly, the renewable energy increased from 18 MW of generation capacity in 1991 to 35000 MW today.

The way ahead for the infrastructure sector would entail working together of the public and the private sector as well as states and center to lessen the infrastructure deficit that presently ails India. A lot of hard work has already been put to overcome this, but a lot will have to be put to bring Indian infrastructure at par with world-class standards.