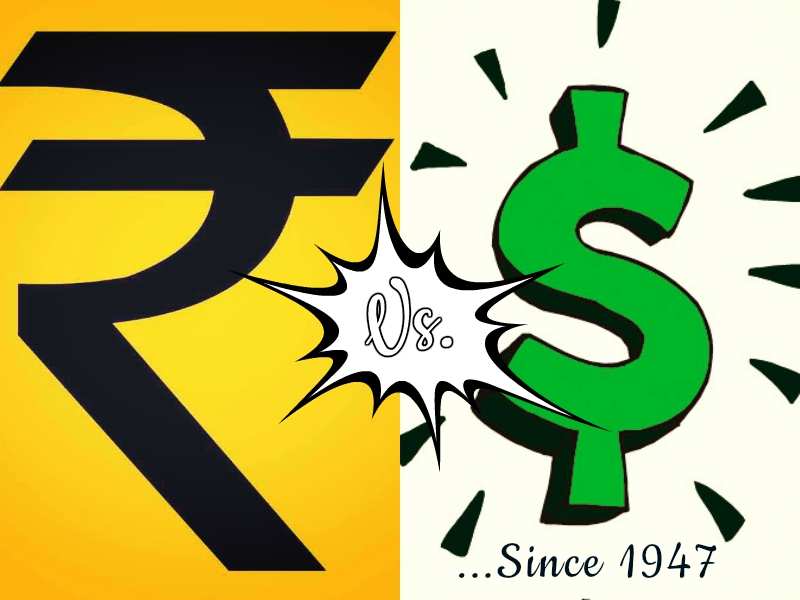 Advertisement
Many senior Indians love to day dream of how ‘it was back then’. This romanticized nostalgia makes you feel better for a while. However, your reminiscence of how a hotel room once cost Rs. 10 a night and a kilo of Potato would have left you poorer by a few paisa is definitely not an accurate yardstick to gauge how our economy has evolved over half a century.

Business Insider India looks into the Rupee vs. Dollar tussle over the last 69 years to find out how the Indian economy fared since the Brits left and the major economic policies that helped shape India’s economic destiny.

Nehru believed in import substitution industrialization and mixed economy, i.e. where the public and private sector happily co-exist. The government invested heavily in steel, iron, coal, and power, promoting them with subsidies and protectionist economic policies.

Not siding with any the US or Soviet Union in the Cold War meant India received help from both. His critics however point out that his idea of import substitution industrialization actually weakened the international competency of Indian manufacturing industries.
Advertisement

India’s GDP grew by around 4% YoY – faster than the US or UK. Indian industry grew 7.0% from 1950 to 1965. However, low income and the population boom were biting at the nation’s knees.

Shastri was a Socialist, just like Nehru. He led the White Revolution and created the National Dairy Development Board. He also promoted the Green Revolution and the ‘Shastri Vrat’ – the idea of skipping a meal every week. There was a thundering nationwide response with even restaurants downing shutters on Monday evenings.

There’s a lot of debate around whether Gandhi was a Socialist or not. She has also been accused of implementing populist policies for her political gains. Let’s leave that to the Historians, Politicians and Economists.
Advertisement

Gandhi was handed over an unsettled economy, thanks to the expenses from the 1965 Indo-Pak war. The government responded by liberalizing the economy and devaluing the currency in return for the restoration of foreign aid. The economy recovered and grew by a steady4.1% over 1966–1969. However, as India-US foreign relations strained over the Vietnam issue. This bitter experience taught Gandhi never to depend on foreign aid so much. She now took to building foreign exchange reserves. In 1976 India was officially declared a socialist state and liberalization was dumped altogether. Last but not the least, who can forget the Emergency of 1975 and that it was justified on economic grounds.

The Janata government headed by Desai had lesser progress with economic policies than Gandhi. It wanted to promote self-reliance and indigenous industries, however, its foreign-Indian company partnership programmes set off many multinationals like IBM and Coca-Cola. While some corporations exited, others decreased their investment amounts.

The government also failed to stem inflation, unemployment, and the lack of fuel. Also, you have a heady concoction when you mix poverty with the legalization of strikes and empowerment of trade unions.

When Gandhi was re-elected Prime Minister, she was against handed over an ailing country with the strongest recession in the history of modern India.

With inflation ruling supreme at 18.2%, Gandhi launched Garibi Hatao. Public expense was tightened and State Owned Properties were remodeled for greater efficiency. In 1982, the government launched Operation Forward – its first step into large scale reform. She also managed to bring down inflation to 6.5%, however employment stayed constant.

Rajiv Gandhi tried to liberalize the economy again by incentivizing private enterprise. However, he faced stiff opposition from inside the Congress. He increased investment on technology and reduced taxes and import quotas. Telecommunications, airlines and computer prices were lowered. He also tried to taper the infamous License Raj.

The V.P Singh government is best known for the 1990 Reliance controversy. In that year financial corporations like the Life Insurance Corporation of India (LIC) stopped Reliance from gaining control over Larsen & Toubro (L&T). The Ambanis took a step back and Dhirubhai Ambani made way for D. N. Ghosh to be the chairman of L&T.

Rao’s government was geared towards cutting fiscal deficit, privatization, and increasing infrastructure spending. Most of this was aimed to avoid the possible economic crisis of 1991. He also reformed capital markets, deregulated domestic business and increased foreign trade.

Rao also appointed economist Manmohan Singh as the Finance Minister. The results were visible on paper. India received $5.3 billion foreign investment in 1995-96 as compared to only $ 132 million in 1991-92. The government further cut the strands of industrial licensing. Now, only 18 key industries were subject to industrial licensing.

Deve Gowda was quite unexpectedly chosen as the12th Prime Minister of India after Narasimha Rao lost. While he headed the Steering Committee of the United Front, there’s hardly anything you can do in just about a year’s time.

Gujral was chosen to be Prime Minister over Lalu Prasad Yadav, Mulayam Singh Yadav and a few others. His government is best known for the Lalu Prasad Fodder Scam and the controversial decision of recommending the President's rule in Uttar Pradesh in 1997.

The Vajpayee government pushed for privatization of government owned corporations and pro-business, free market reforms. Many of these were envisioned by Narasimha Rao, but were restricted due to the 1997 Asian financial crisis. This transformed India’s economic landscape forever. IT flourished and deregulation of trade and commerce, infrastructural leaps and corporate law reforms made India a lucrative market to invest in.
Advertisement

The one who saved India from the clutches of the License Raj and promoted liberalization was now on the front seat. Under him India achieved 9% GDP growth rate in 2007 to become the second fastest growing economy in the world. Singh also took on some of the projects Vajpayee left off and worked on reforming key banking and finance laws. In 2005 VAT replaced Sales Tax as the more effective program. However, in 2007 the global inflation hit hard, and Singh had the herculean task of making sure it hit India to the most minimum extent possible.

Modi was elected the Prime Minister with overwhelming majority. His government aims to streamline bureaucratic requirements and ease the burden on companies to make governance more effective and efficient. Modi aims to do that by moving a large chunk of governmental processes online.He envisions this to work best to eradicate corruption and fasten bsuinees processes. He also relaxed India’s foreign direct investment (FDI) policies and championed the Make in India campaign to attract global investment.

Image credit: Knoema
NewsletterSIMPLY PUT - where we join the dots to inform and inspire you. Sign up for a weekly brief collating many news items into one untangled thought delivered straight to your mailbox.
CAPTCHA: