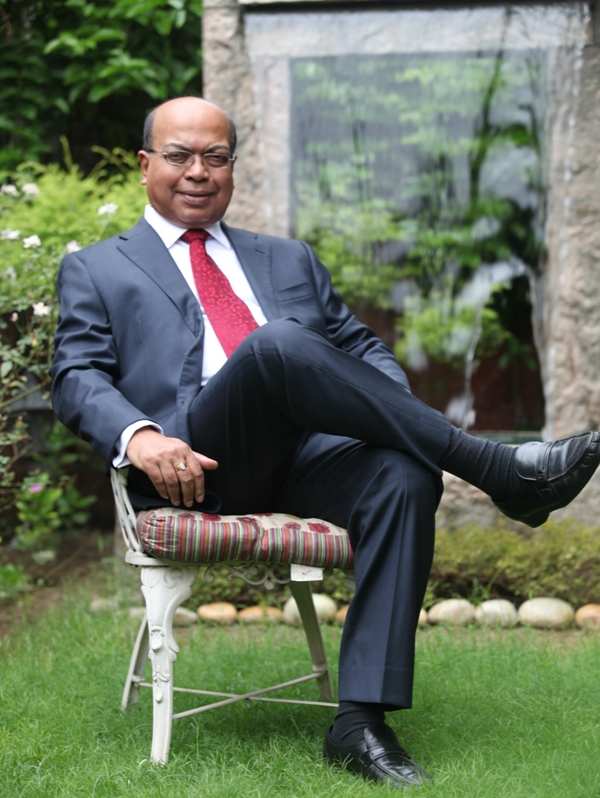 India and the US have enjoyed a warm relationship in the past, but few recent hiccups have cast aspersions on these strategic trade partners’ relationships. We discussed the issue with Asoke Laha, National President of Indo American Chamber of Commerce () and Founder, President and CEO of , and he had some interesting insights into the Indo-US trade ties and issues that plague the Indian IT sector. Here are some excerpts:

India and the US resolved their differences over Trade Facilitation Agreement, which ended the impasse at the WTO. How do you foresee for Indo-US relations from here on?
Advertisement It’s a positive news. I see it as an opportunity for both the countries to begin work in several areas. I mean if the US and China could sign the Climate deal after such a long time, it further strengthens the possibility of both India and the US to do many things together that were unimaginable earlier.

The US has always been interested in education and infrastructure sectors in India. Apart from these sectors, which are the other sectors that you think the US can share its expertise with India?

One sector that I feel the US can share its expertise in is the manufacturing sector. Prime Minister Modi has been emphasizing on the growth of this sector. The US can share its knowledge in other segments such as equipments, robotics, technology and artificial intelligence.

The US can also share its expertise in sectors such as automation, which is a key requirement in the manufacturing sector, as it cuts down the cost.

Another sector is aviation. The Indian aviation industry is still growing and has a great potential to be one of the greatest market across the globe. Earlier, the environment was not there, so it could not grow much. But now, things have changed. We can see a lot of foreign players interested in investing in the sector including the Maintenance and Repair Overhaul (MRO) segment. India has the potential to cater to the infrastructural needs of various players in the global industry. Advertisement
India is now laying greater emphasis on its manufacturing sector. According to you, which are the areas that need substantial improvement before we can think of becoming a manufacturing hub?

The biggest problem here is the attitude of the people. The fact that we have a casual attitude towards everything makes it very difficult for the county, as a whole, to grow as a manufacturing hub. Most people in India do not follow the deadline set by them. Besides, the quality of the goods produced is inferior and low. We also lack discipline that one can find in China. These are some of the areas, which if worked on, can help us grow by leaps and bounds.

IPR issue has been a major bone of contention between India and the US. Of course, following PM Modi’s US visit, a panel was set up to discuss the way forward, but we haven’t seen anything concrete yet. What’s your take on the same? Advertisement
I believe IPR is a fundamental issue and is not just between the US and India. We have to understand that India lacks an investment culture. Product development is a high risk area and hence, we do not see much being done there. If we carefully look at it, then hardly any new product is ever produced in India. All this is because financing is a major issue for our manufacturers.

Let us look at China. China offers 100% guarantee to the manufacturers that their research and technology is not stolen by their domestic companies. I have tried to do that in my company.

I will tell you an instance when my company was developing a semi-product for a US client. The client liked the end product and signed a half a million dollar contract with us. But here comes the twist. Later, the guy who was working on that project informed me that he wanted to resign. I tried to talk him out for a few days but when it failed, I asked him to share the code and all other information about the product that he had developed as it was a company property. But to my utter shock, he told me that he did not develop anything. Later I found out that he had approached my client and had offered to do the job for half the price that we had quoted. So you see, IPR is a fundamental issue and every company has the right to protect its research, technology and other valuables that can be stolen. Advertisement
We have a lot of start-ups coming up in the India. How do you see Indian companies vis-à-vis their counterpart in the US. Do you feel Indian companies can survive in the US market, if given the opportunity?

I think a lot of start-ups cannot survive in the global market because they are not original, but a copy of what is already there in the international market. And like I had mentioned earlier, the quality of products is not up to the mark, so I feel it will be difficult for Indian companies to totally dominate the US market. Just look at Japanese or Korean auto products. They offer world class quality and hence, fare well. So unless, Indian companies produce superior quality products, I don’t think they can compete in the US market. But India can invest in already established American companies or buy them out. In terms of sectors, I believe India can invest in IT, medicine sectors there.

You are a global IT player yourself. What are the issues that you believe the IT industry in India should address? Advertisement
The Indian IT industry is considered to be low-cost. It used to be called the software factory or back-end office for large IT corporations across the world. I personally believe, the quality of product delivered, communication skills and delivery are the weak points. There is lack of discipline again, and we can find many Indian IT companies extending the deadlines. Our DNA is not being punctual. Besides, labour laws needs to be stricter. If these issues are addressed, the Indian IT industry will be way ahead in the race.

Talking about exports to the US, could you please tell us what are the key pointers that any Indian exporter needs to remember while doing business in the US?

I think the exporter first needs to know the US law in order to export anything to that country. The US authorities are very strict about the quality of the goods they import; therefore, it is extremely important for us to follow their quality standards. I will tell you an incident wherein an Indian readymade garment exporter had sent a consignment. During the sample check, one of the samples was not up to the prescribed standard. The US authorities rejected the entire consignment. So you see, quality is extremely important. Advertisement
Apart from this, documentation is very important. The exporters should know what all documents are required and should posses all the requisite documents. These are just some basic tips that any exporter, who wants to export to the US market, must remember.

Lastly, the Indo-US trade is pegged at $63 billion. What according to you can the government do to push up this number? Where do you see the bilateral trade at in the next five years?

I see the trade touching $500 billion in the next five years. Our chamber has a concrete plan to move forward and support the new government in boosting the relations between India and the US. We are also working with the Small and Medium Enterprises sector, a sector that we feel can tremendously boost our trade ties with the US. We will also be sending our delegation to the US and vice-versa, and organize events to create platforms for open communication between Indian and American companies.