India to be the biggest consumer of IoT devices in the planet in five years: Nasscom 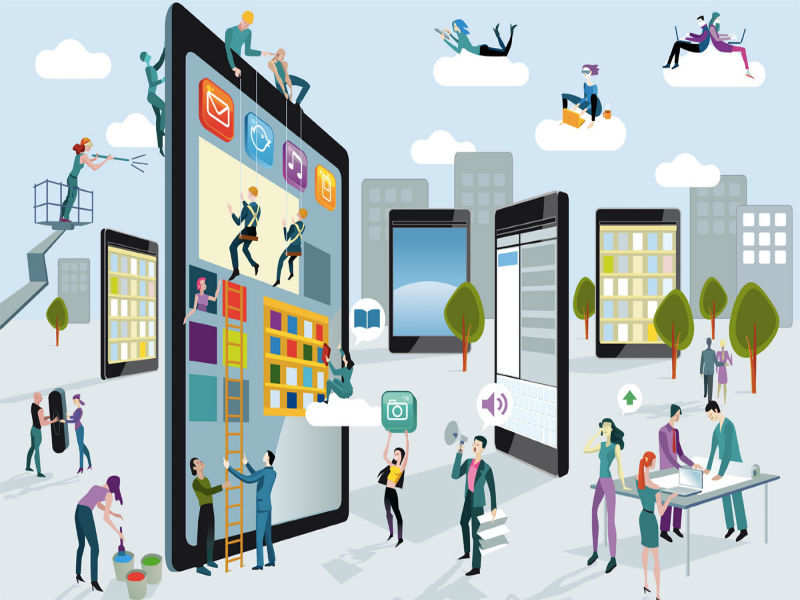 Advertisement
Why one should even bother

Hence, anyone looking for the next theme that will create opportunities for momentum investing doesn’t have to look further. It is going to go beyond technology movement to become a productivity movement that will drive the entire economy. The first thing that comes to one’s mind while thinking of IoT is smart home appliances and smart wearables. But the term encompasses a much larger and less visible universe of uses- everything from cars to oil rigs and factory machinery that exchanges data between one another.

So where does India stand in the multi billion industry?
Advertisement

Good news is India is not very far behind.

“IoT devices will reach more than 30-35 billion in 2020. There is going to be huge growth worldwide and India will have a fair share in it,” said Anshul Gupta, Research Director, .

India is playing a larger game. Department of Electronics and Information Technology ( (DeitY)) and Ministry of Urban Development are working together and creating programs to expand the industry. Several companies are taking a lead by building the capacity and capability to meet the newest demand for IoT devices that is going to come into the country.

“When the government’s 100 Smart City project, Digital India plan and Smart Energy project get executed, the kind of expected IoT devices that will be in India for deployment would be in excess of multiple millions in three to five years,” said KS Vishwanathan, Vice President, Industry Initiatives, .
Advertisement

He further added that India is going to be the biggest consumer of IoT devices in the planet in five years from now. In fact, Nasscom is working hands-on with DietY to establish the country’s first centre of excellence to create maximum stacks for IoT from India for both in-country needs and global needs. The first out of the five planned centres of excellence is coming up in Bangalore in 90 days from now.

But India is not yet part of the global organisations that are creating the IoT standards as it is still at the start of its coming. Hence, Department of Telecommunication (Ministry of Communication and IT) is building an IoT policy for without policies an industry cannot be exploited upto its roots.

Several projects are already onboard. Vishwanathan discusses about two such projects which successfully give you the full picture.

• Indian Railways has already applied IoT in the trains running on diesel, which communicates through the cloud. It tells the concerned authorities how much diesel is being consumed, how optimally diesel is consumed and they are able to take a call to improve the diesel consumption.

• There is another project in the healthcare sector. They are currently installing devices to remotely monitor the health of a person.

According to Vishwanathan, broadly speaking, there are two main challenges.

• IoT is an intersection point in mechanics and electronics in the hardware side and software and hardware in the total application side. At the bottom of the whole IoT structure is the hardware stack that has got the devices which communicate through gateway. The gateway communicates through cloud. On cloud there are applications which run on that. Though we are at the world’s no. 1 position in the software space, we need to create the hardware stack in India.

“Individually, we are great in each but our ability to integrate both of them is lacking. What we are now doing is we are importing all the components that are required for the lower end of the devices space. That is the entire focus right now,” said Vishwanathan.

• Besides, more and more devices will come to India and they are not really suited to the local needs of the people. So although cost is insignificant because the demand is so high, making it more accessible is the challenge.

Integrated technologies can unlock real savings potential in your equipment.

• They have become more affordable with drop in prices of sensors.
• Smart devices can be integrated with each plant’s system
• Several different users can access and use the same data.

(image credits: datafloq.com)
NewsletterSIMPLY PUT - where we join the dots to inform and inspire you. Sign up for a weekly brief collating many news items into one untangled thought delivered straight to your mailbox.
CAPTCHA: