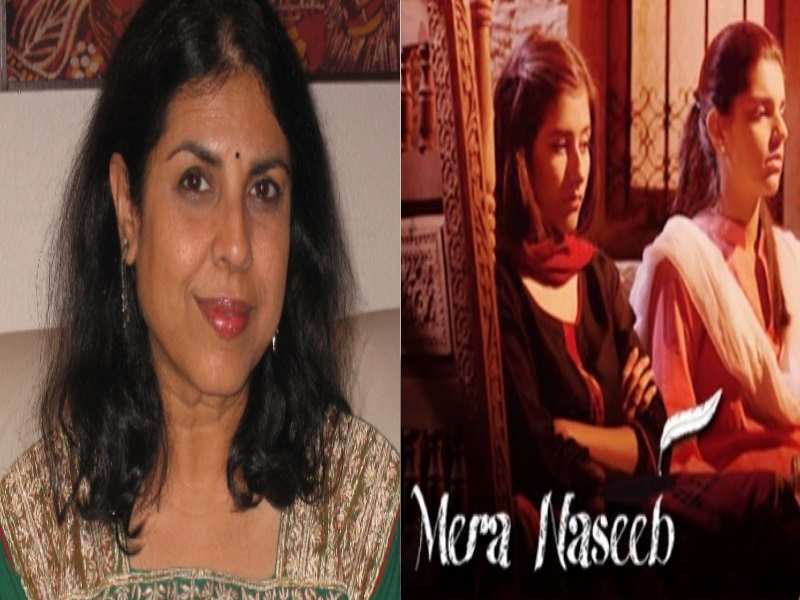 The hit Pakistani drama , which has been gaining popularity among masses since its beginning a week back, has been dragged in a plagiarism controversy by an Indian author.

Chitra B. Divakaruni, who has written several hit novels like Mistress of Spices and Palace of Illusions announced it to the world that the plot of this popular TV show has been taken from her novel called Sister Of My Heart.

Mera Naseeb, starring and , was first aired on the Pakistani channel Hum TV in 2011, and is inspired by a novel (with the same name) written by , a popular Pakistani author and screenwriter. Apparently, Fazal has also won a Lux Style Award for writing the story of the serial. Lux Style Awards are very popular in Pakistan and are often referred to as the ‘Oscars’ of Pakistan.
Divakaruni had written Sister Of My Heart in 1999, and the book has been very popular in India and abroad in these 15 years. It was also followed by a sequel, called Vine of Desire.

When we digged deeper in both the stories in question, we found that the accusations are not baseless and the story of Mera Naseeb actually looks quite inspired by Sister Of My Heart. Both the stories deal with two cousins born on the same day, raised by their mothers and an aunt, and their lives and turbulences after their marriages.
Advertisement

Chitra tweeted: Shame on @ZeeZindagiTV for playing Mera Naseeb Story of my novel Sister of My Heart stolen without my permission. Pls RT.

Another twist came in this controversy when an Indian Television producer , known for producing serials like Kitty Party, Sarrkkar and Aashirwad, sent a letter to the channel , asking them to stop airing the show.

Manish Goswami owns the rights of the novel and had been planning to make a show based on it, but is agitated that the Indian audience has already seen the story in form of Mera Naseeb.

Goswami and Divakaruni are planning to take a legal action against the writer and the makers of the show, and are demanding that the show be taken off air immediately. However, some reports also suggest that before the show's original run in Pakistan, Fazal had mentioned that the drama was an adaptation of a story provided and that she had no idea that the show was plagiarised.

What remains to be seen is how Samira Fazal and Hum TV officials respond to the controversy, and whether or not Zindagi officials take the show off air.
Advertisement