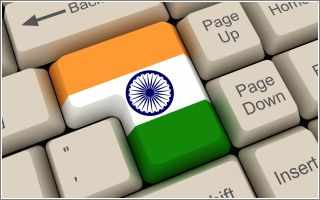 Indian tech industry shared a major role in US economy by contributing nearly 411,000 jobs to the US economy this year and $20 billion in taxes between 2011-15, a new report said today.

The report said Indian tech industry contributed more than $375 million to the US Treasury between fiscal year 2011-2015, and also helped America secure its borders.

The report 'Contributions of India's Tech Industry to the US Economy' was released by Union Commerce Minister ahead of the first Indo-US Strategic and Commercial Dialogue. Advertisement
"Leveraging Indian talent, American firms have been able to bring better, innovative, cost-competitive solutions that have helped improve their global market share and bring products with shorter production cycles," Sitharaman told PTI.

"This very timely report focuses on that part of the India-US bilateral equation, illuminating many of the benefits that Indian IT organisations bring to the US in period covered by the study," she said.

These benefits included $2 billion in , hundreds of thousands of new jobs for Americans, $20 billion in taxes, and more than 120,000 American lives touched through philanthropic work supported by Indian organisations, she said.
Advertisement

and Services Companies (NASSCOM) president R Chandrashekhar said during the period covered by the study "Indian tech industry alone has invested over $2 billion and paid over $20 billion in US federal, state and local taxes -- while also supporting 410,000 plus jobs in America."

He said this is only part of what India's IT sector brings to the equation. There is also the economic value of the operational support provided to over 90 per cent of Fortune 500 firms and thousands of other American businesses.

Indian IT firms make their US customers more innovative, competitive, primed for new market, and eager to expand jobs. American customers benefiting from these services encompass every corner of commerce and size of business, he said. Advertisement
According to the report, California, Texas, Illinois, New Jersey and New York are the top five American states where Indian IT companies have supported direct jobs.

NASSCOM noted in the report that due to skill shortages, in the US tech sector is historically lower than the national average.

Responding to allegations that foreign tech workers are hindering employment opportunities of local professionals, the report said the fact is unemployment of tech professionals is half as compared to the national average. Advertisement
On the allegation that foreign talent is being hired at lower salaries, the report said Indian tech industry pays equivalent wages to the US national and foreign worker.

The current shortage of skilled talent is expected to continue to grow and result in shortfall of 445,000 computer professionals by 2022, it said.

Next StoryThe 18 best 'Shark Tank' pitches ever
Popular on BI
1
Apple may announce 4 new iPhones next month — here are 3 features we'd love for Apple to include
2
The 13 best iPhone widgets you should be using
3
Smaaash shuts down – founder calls it a ‘premature death’ for the company
Latest Stories
Trending News
The 18 best 'Shark Tank' pitches ever
How to take a vacation when you're the boss
Here are 10 things that can help your startup sail in first 365 days!
Popular Categories
Trending Right Now
More from our Partners