Into The Light: Tara U. Dawood’s Exuberant Empowerment

When president of Dawood Global Foundation & First Dawood Group, Tara U. Dawood(YPO Capital Pakistan) speaks the room literally lights up. Her unmasked passion for educating young girls and promoting the advancement of women in business has created an entrepreneurial maelstrom of initiatives. 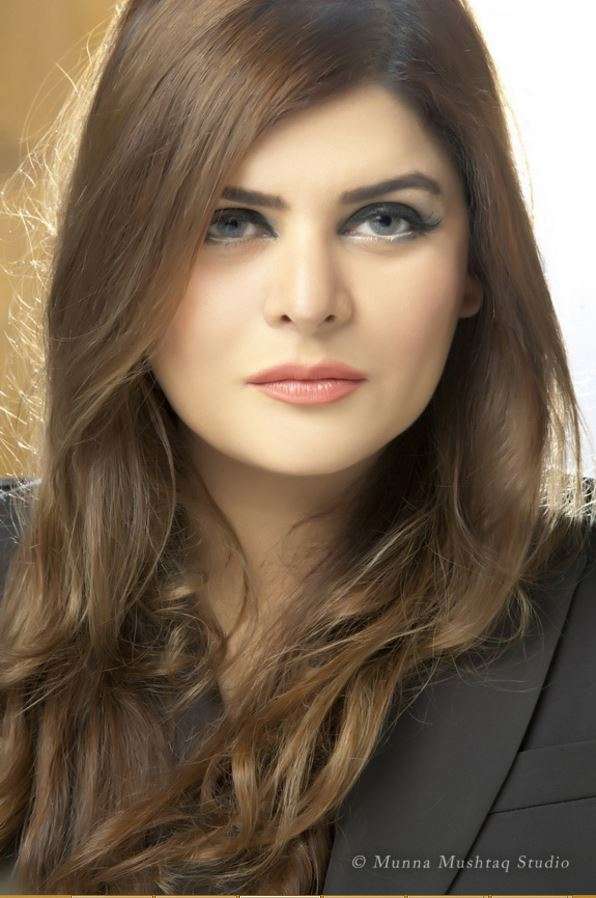 Tara launched LADIES FUND in 2008 in direct response to the assassination of Pakistan’s first female prime minister, Benazir Bhutto in December 2007. A network of thousands of women professionals and entrepreneurs, LADIES FUND trains and promotes female entrepreneurs with the aim of getting more women into the workforce and facilitating business deals between women entrepreneurs.

“In Pakistan, I would meet someone who married at 18, had two children, ran a floral arrangement business and was also an educator, devoted mother and wife and if you asked her what she did she would say she was a homemaker,” says Tara. “In the West she would be considered a superwoman. We launched LADIESFUND Awards for Pakistan in order to recognize women’s achievements. Almost instantly, with the support of the media, there was a big cultural shift. Today, the husbands, fathers, sons and brothers are some of the biggest campaigners for the women in their lives to win these awards.. “ Advertisement
Past award winners include Samina Baig – the first Pakistan women to climb Mount Everest, Oscar winner Sharmeen Obaid Chinoy and Malala Yousafzai – the young Pakistani activist whose advocacy has grown into an international movement.

“We have been so blessed to have these women be a part of LADIES FUND,” says Tara.

LADIESFUND has grown from an award ceremony to include a yearly conference with more than 600 women participants and a busy yearly calendar of networking lunches, workshops and mentoring opportunities. Additionally, the platform nominates women for board seats, and with the support of LADIESFUND Corporate, is working hard to help women obtain C-level managerial and board positions.
Advertisement

An outgrowth of LADIESFUND is the Educate a Girl initiative whose mission is to educate 1,000 girls, ages 18-22, to become journalists in order to upgrade gender representation in the media. To date, the foundation has granted scholarships in media studies to almost 600 young women at the Pakistan Institute of Journalism, with 268 certified after three months of training and assignments in radio, print and television media.

“We are reminding girls they have voices that need to be heard,” says Tara. “We train them and then help place them in jobs where they are given a platform and the freedom to speak about the issues close to their heart.”

Three of the program’s girls – previously without jobs and little prospects – have gone on to become professional news anchors. One girl won a Google competition for best documentary and has secured funding for two more films; other girls have newspaper columns; and some are working as radio disc jockeys. The foundation is working actively to help more and more get jobs, which is a key purpose of this program. Advertisement
Founded in 2013, Educate a Girl’s ability to reach so many in such a short span of time is a testament to the program’s grassroots outreach via Facebook. Each girl has her own album on the program’s Facebook page to help facilitate networking and as a way for the girls to stay connected to their donors.

“Because everything is transparent – one donor, one girl – people feel a real sense of connectedness,” says Tara. “I’ve had people tell me they’ve never given to charity before and now they’re doing it for the first time because they have so much confidence and trust in the process and impact. It’s about engaging people with total transparency; the girl you support is tagged on Facebook, you know she’s real, she knows who’s supporting her – it’s all completely organic and from the heart.”

Tara’s passion for ensuring every girl has access to education most recently drove her to create Product Pink. Akin to Bono’s Red, Product Pink simplifies charitable giving by tagging products with purpose. Advertisement
“Anyone with any product can sign up to be a part of Product Pink,” explains Tara. “When someone buys your product, a percentage of the revenue goes toward educating a girl. The great part about it is that the money doesn’t come out of a business’s philanthropy arm, it comes out of their revenue stream.”

Leveraging purchase power as a means of doing good has been permeating the YPO-WPO collective unconscious lately with members like Tara and Amar Sharany (WPO Orlando, WPO Monaco, WPO Greater Europe) leading the way (read about Amar’s in/PACT on the Ignite blog).

“If all the brands in YPO donated even 1 percent – or ideally 10 percent - of their proceeds to initiatives like educating a girl, it would give even greater meaning to our peer-to-peer network,” says Tara. “Ours is an organization that can impact not just through fundraising, but through business and influence.” Advertisement
For Tara, beyond business, networking or gender, life is about becoming ones optimal self.

“Imagine a whole world living happy and productive lives of great impact,” muses Tara. “For me it’s about everyone living up to their true potential.”

Next StorySubra Eassuwaren and why spirituality has helped the family business
Popular on BI
1
Mexico's richest man lives a surprisingly frugal life for a billionaire. Take a look at the life of Carlos Slim, who owns Sears Mexico and has lived in the same house for 40 years.
2
Mukesh Ambani added ₹90 crore per hour to his wealth in the last six months, says Hurun report
3
These are the top ten billionaires in India, according to Hurun Rich List 2020
Latest Stories
Trending News
Subra Eassuwaren and why spirituality has helped the family business
Meet Jasmeet Singh Gandhi, the man who raised 37 lakhs for the education of girls by cycling 1400 kms from Mumbai to Delhi in 10 days
YPO Global Impact: Abhijit Pawar
Popular Categories
Trending Right Now
More from our Partners