It Is Not A Scaremonger’s Cry, But India Needs To Be Seriously Apprehensive About Ebola 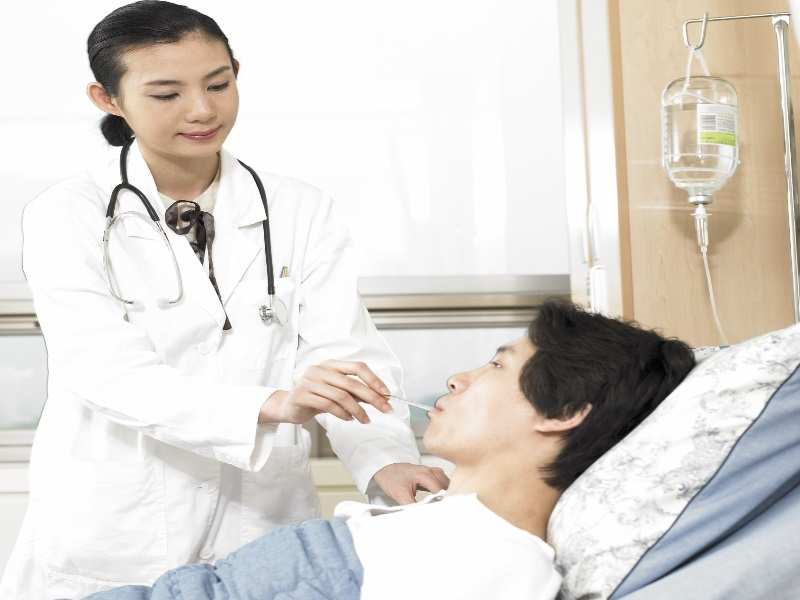 The virus is deadly with a mortality rate of 90%. Although it has so far spared India, the danger of it entering and affecting the country is real.

In India, very few are aware of what Ebola is. It is a deadly virus with flu or the recent chikungunya epidemic-like symptoms. It starts with a high fever, headaches, muscle pain, body ache and sore throat. This is followed by diarrhoea and rashes, as well as internal and external bleeding. It causes liver and kidney damage and eventually death.

It is highly contagious, spread by contact with body fluids, stool and physical contact. This affects not only the patient, but also puts medical and health care personnel at considerable risk. Clothing, bedding and even dead bodies can spread the infection. The incubation period is long, with symptoms manifesting in eight to 21 days. The infection time period is very low, anyone can become infected within two to 14 days after contact.
Advertisement

The danger is further compounded by the fact that there is no known treatment for it and regular medicines do not work. The severity is likely to be greater and with a population that already has low resistance levels, the spread of the disease is likely to be faster and fatal.
Taking into account all the above factors, the immense population of India, the not so good healthcare and medical facilities and resources available, the Ebola virus is a real threat to India.

Advertisement
Ebola is at present restricted to West African countries of Guinea from where it started and has now spread to neighbouring countries of , and Nigeria. It seems to have also entered the Middle East countries. Ebola attacks humans and other primates such as monkeys and gorillas. Four strains of Ebola are African in origin while one strain is endemic to China and the Philippines.

The only course of treatment for Ebola is through isolation and containment. Patients have to be strictly isolated, treated for dehydration, which is a major problem, and medical parameters for blood pressure and blood should be maintained.

The virus can enter with visitors coming from affected areas such as West Africa and the Middle East. A strict vigilance and screening at all airports as well as sea ports of passengers arriving from these countries is essential.

Advertisement
At present, India is requesting voluntary information from passengers and suspected cases in New Delhi were sent to Ram Manohar Lohia Hospital. Fortunately, they tested negative. Quarantine units have to be set up as transferring patients to ICU only increases the danger of spreading the infection to other patients.

New Delhi’s (APHO) has six quarantine units, but they are not fully in use due to paucity of medical personnel. Plans are afoot to use the airport quarantine units and send only the confirmed cases to the hospitals. The centre will also be ready to disinfect the aeroplanes, if required.

Medical personnel and health care workers will have to be trained and exhorted to strictly adhere to all precautions and procedures for quarantine and treatment. Disposal of medical waste, clothing, linen, and so on should be stringently controlled and done properly.

Advertisement
Reports from the Health Ministry indicate that since August 10, over 9,000 passengers have been screened at the major airports of New Delhi, Kolkata, Mumbai, Chennai, Kochi and Trivandrum.

The public should be educated on the symptoms and spread of the disease and travel, unless strictly necessary, should be avoided to infected countries.

Advertisement
The WHO maintains that an effective vaccine against Ebola will be ready only in 2015. However, discussions between the WHO and the manufacturers to speed up the process and make the vaccine available earlier are underway.

India’s need of the hour is strict monitoring of passengers from infected countries, rigorous quarantine procedures and facilities, creating public awareness and having trained personnel ready to handle the disease.
Image: Thinkstock