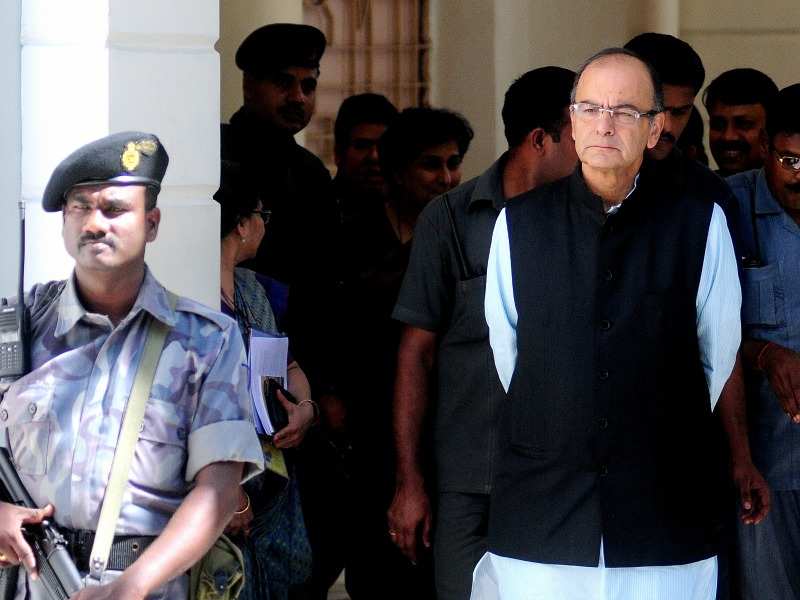 Finance Minister Arun Jaitley said private hospitals will not accept old banknotes in a bid to stop misuse of the old currency.
Advertisement

Addressing a news conference on , Jaitley said 22,500 ATMs will be re-calibrated and nearly 2 lakh ATMs exist as of now.

Talking about speculations on new , Jaitley said, &ldquo;Rs 1000 Rupee notes will not be reintroduced as of now.&rdquo;

Earlier in the day, Economic Affairs Department Secretary Shantikanta Das announced reduction of the limit to exchange old notes with new ones from Rs. 4,500 to Rs. 2,000 for each person from November 18.

&ldquo;For those who are getting married, families can withdraw Rs 2.5 lakh for weddings only from one account, based on self-declaration. Farmers can withdraw up to Rs. 25,000 per week against loans sanctioned to them to buy seeds and fertilizers and Rs 25,000 a week can be drawn from payment that farmers receive for agricultural produce in form of cheques,&rdquo; Das said.

&ldquo;Central Government employees up to Group C can withdraw salary in advance up to Rs 10,000 in cash. This will be adjusted against their November salaries,&rdquo; he announced.

Prime Minister Narendra Modi, last week, announced demonetisation in a bid to fight black money and terrorism.
NewsletterSIMPLY PUT - where we join the dots to inform and inspire you. Sign up for a weekly brief collating many news items into one untangled thought delivered straight to your mailbox.
CAPTCHA: