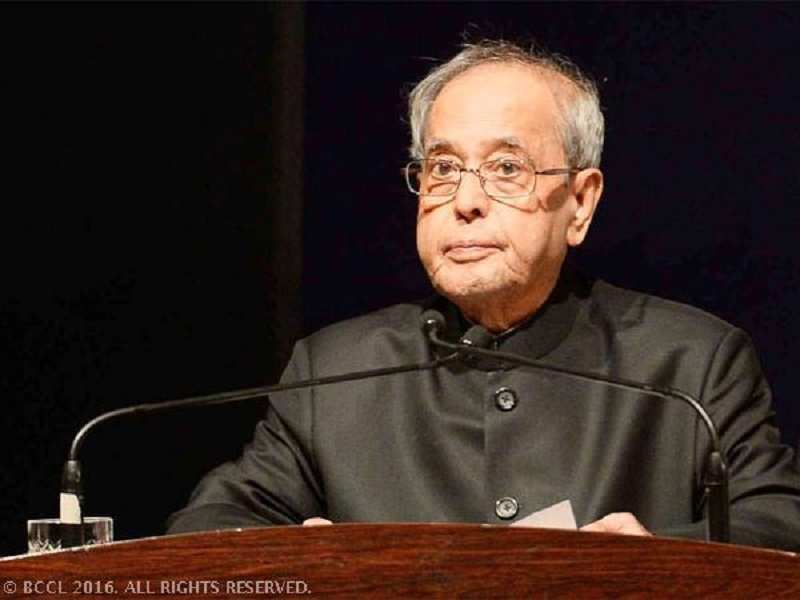 Mukherjee emphasized on harmonious and peaceful environment for students to go for higher studies and asked the concerned departments to facilitate academic ladder. He also asked the institutions to control the student unrest in the institutions.
Advertisement &quot;There have been incidences of student unrest in our institutions in recent past. Our campuses must have a harmonious and peaceful environment for students to pursue higher studies and research. Vice-chancellors and directors must deal with any unpleasant situation with sagacity,&rdquo; he said.

&quot;In India, we have enough talent. With the largest population of the young, we are poised to leverage a low dependency ratio. But that depends on the productivity of the population in the working age bracket. If there are enough in the country, there will be content, refinement and perfection. An opposite scenario can spell disaster,&rdquo; the president said.

Advertisement
&quot;The restlessness and frustration of youth manifests in unrest and upheaval. Let us not allow such a situation to appear on our horizon. We must turn our evolving demographic configuration into strength. For that, adequate job creation is a priority. The job creation figures of 1.35 lakh in 2015, which is the lowest in seven years, are not encouraging,&rdquo; he added.

He also said that the country needs to look at the paradigm shift as machines are now replacing men in foreign countries and many talented professionals are looking forward to coming back to India.

&quot;From 'brain drain', we must shift to abundance of 'brain rain', as many successful Indian professionals working abroad are keen to come back, excited by the opportunities unfolding in a changing India. With adequate thrust on internationalisation of our institutions, we can develop 'brain networks',&quot; Mukherjee said, addressing the second visitor's conference at Rashtrapati Bhavan.
Advertisement (image: IndiaTimes)