Budget 2016: #Startup Jugnoo has some serious suggestions for the Modi Govt 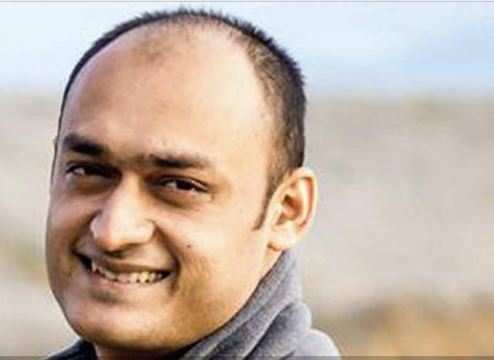 Indian Finance Minister Mr. Arun Jaitley will be in the lime light on February 29, 2016, as he will present his budget speech in front of the whole nation. While the demand of the hour is to design a strong plan that aids meeting the fiscal goals, what adds to the curiosity of people is the tactics he would adopt to generate resources to fund the additional expenses related to the seventh pay commission hikes along with One Rank One Pension scheme (OROP). Furthermore, market leaders from every sector would have their keen eyes on him, to fathom, if key priorities and investments of the government will benefit them.

Corresponding to the introduction of several economic programmes one after the other by the Indian Government, enterprises and SMEs thriving on technology have great expectations from the Union Budget 2016-17.

Being a part of the Startup ecosystem, the foremost of all my expectations would be to see some relaxation in startup taxation. Taking cues from the 90s when IT was on the rise, a tax respite for a period of three years would aid India to become the startup capital of the world. As an on demand services provider to our customers through technology, I expect a more startup responsive and steady taxation system. The Union Budget 2016 should be able to back Prime Minister Modi’s ‘Start-up India, Standup India’ initiatives by introducing tax incentives for enterprises founded in the last 5 years. Advertisement
The current government’s focus in the Indian startup ecosystem is very positive and the union budget 2016 must encourage investment in the Indian startup space. We also need a better definition for online aggregators and their taxation norms in every vertical as India houses over 1000 online aggregators across various verticals. The government had initiated the idea of defining online marketplace recently but not much progress has been seen here till now.

Shareholding premium from investment should not be considered as income and hence taxable. SEZ companies should be allowed to conduct domestic sales in Indian rupees rather than in foreign currency as per a recent change that came like a jolt. In a nutshell, I expect the entire startup ecosystem should be free of Red-Tapery, easing down the process of doing business and creating the ground for ‘Innovation’.

Furthermore, considering the enthusiasm about the much talked about ‘Digital India’ campaign, the budget this year should also focus on digital literacy to ensure the benefits of digitization is reaped by maximum number of individuals in the country. This will also empower citizens and enable start-ups and large organisations to experience digital transformation. Additionally, for the campaign to be successful, improved connectivity and access to technology supported by radical government process re-engineering needs its share in the Union Budget this year. Budget 2015 had its firm fingers on the IT companies apart from being rational and realistic. I think the budget this year should continue with its stand. As a matter of fact, , , Standup India and Skill India requires strong budgetary support for the creation of a technological infrastructure to nurture such campaigns. In addition to that, schemes for IT based students, animation and gaming along with the Innovation Promotion Platform to foster a culture of innovation, research and development should be implemented this year as that would positively impact the Indian IT ecosystem.
Advertisement

This year’s budget should aggressively promote R&D benefits so that the organisations are encouraged to innovate and come up with newer technologies. Investment allowances for IT adoption must also be made to promote India as a premiere destination for both hardware and software development.

Moreover, talking about the necessary infrastructure, the budget should definitely focus on ‘Smart Cities’. The year 2015 witnessed the listing of 98 smart cities across India and ensued by that the year 2016 looks prospective for the IT sector, categorically for the IoT players. A lot has been spoken about smart cities in the past two years and this year is the time to realize them. Smart cities – the fine amalgamation of technology, environment, governance and people, should be a predominant piece in the union budget pie.

The country expects announcement of a vivid, descriptive roadmap and implementation plan for the humongous task of transforming the cities to a smarter phase, with select few cities embracing new technologies and people friendly applications. Real-time apps like ‘smart metering, smart road & rail transport management, smart metro, smart water & waste management, smart lighting and traffic control’ etc. can be initiated in those chosen cities, which could serve as blueprints for implementing future projects among the rest, in the years to come. Advertisement
This article has been authored by Samar Singla, CEO and founder of auto rickshaw aggregator .