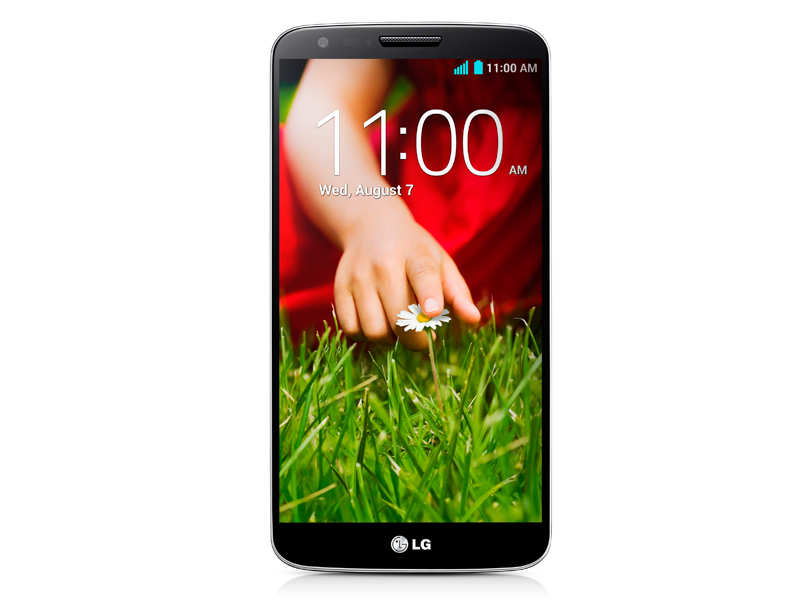 Lately, all phones were looking the same to us. Most had similar placement of keys and front frame. But now has brought a different looking phone to the Indian market. Called G2, this one does not have physical keys along the sides, top or the front of the phone. Instead, those keys are placed on the back, right below the camera. At first, we thought this is a bit gimmicky. But after testing the gadget, we found that these keys are quite useful and easy to use. The phone carries a lot neat features that make it a decent buy – so let’s have a quick look.

Looks
Dressed in black, the built of this phone is top notch and LG seems to have got it right. , the phone does attract fingerprints but nothing that a quick wipe cannot remove. The front a large 5.2-inch display, which puts G2 in the phablet category. The LG logo is placed underneath it. All the hard-press function keys are, however, at the back. These can be used for various functions such as volume modulation or taking a picture. LG G2 also has dual cameras – one at the front and a 13 MP one at the back.

Performance
LG has managed to give this phone a lot of goodies. While the hardware configuration consists of a 2.26 GHz Quad-core CPU, 2 GB RAM and 16 GB onboard memory, the operating system is Android Bean. There has been news that the G2 will get KitKat upgrade in the coming months and users can upgrade free of cost. To bring the phone out of the standby mode, one can tap or knock the phone screen. Nine out of 10 times, the phone screen turns on when one is using the knock feature.

The Android OS works swiftly with this phone and it recognises screen taps and swipes efficiently. We did give it a hard time but to our amazement, the phone did not break a sweat and quickly adjusted to our swipe and slide demands. The 13 MP rear camera works well, too. We had a brilliant time clicking photographs outdoors and in well-lit rooms. Night shots were not too bad either. However, we do recommend using the flash in low light conditions for best results.

Verdict
All in all, this phone has a vivid screen that is nice for both games and movies. The battery life is pretty decent and lasted us a day on 2G network. Just one small point – you might take a bit of time to get accustomed to the rear keys. The phone is now available in the market for Rs 36,700 and is a good buy for people looking for a high-end Android phone under the 40K point.