LinkedIn wants you to get your dream job, no matter what your circumstances are 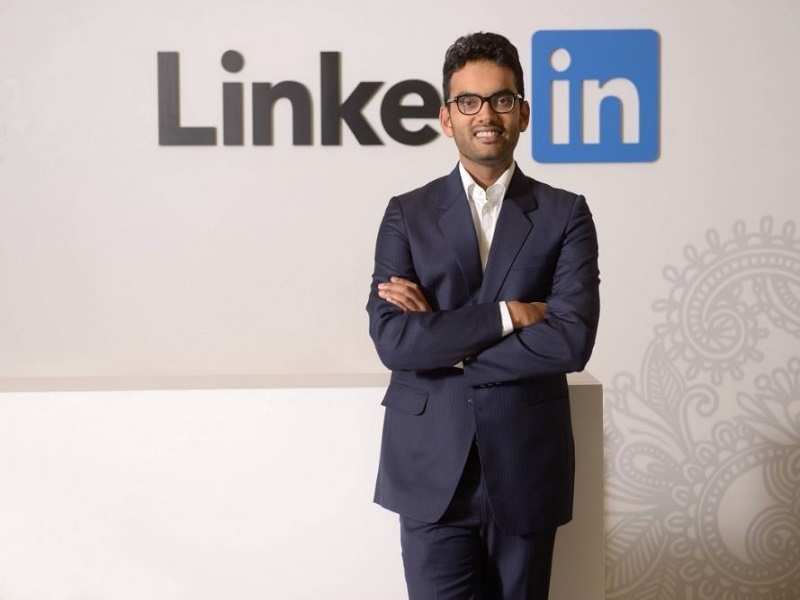 Today, Jeff along with India Manager, launched three new features that will change the way we use .

Business insider met up with the team and found out that LinkedIn is not just going to be a professional network but a platform where one and all can explore learning as a means to get the career opportunity they have been waiting for.

Advertisement
First of all, all the three products launched today are unique but interdependent in thought; whether it's , LinkedIn Placements or LinkedIn Starter Pack.

They all address different problems for different LinkedIn members whether it is low connectivity, low corporate reach or low-quality talent.

Advertisement
Akshay Kothari, India manager and India product head, LinkedIn said -'Startups & SME are unable to find the right talent within a price range. With LinkedIn starter pack we are trying to give them high quality products to find the exact kind of talent they need to innovate. We want to scale with startups and innovate this product as we go.'

The LinkedIn starter pack is available for ₹99,000 and is now live at https://www.linkedin.com/starterpack and open for applications. This package will be provided to 100 promising SMBs and startups, on a first-come, first serve basis, in the initial pilot launch phase which is RIGHT NOW!

While all these three products are made by India, in India and for India, Akshay feels that this can work well with emerging markets in the future and can even later, go global.

Advertisement
He even feels that placements at LinkedIn.com will accelerate due to LinkedIn Lite.
'Placements during college in tier-2 or tier-3 cities are almost unheard of.
What we are trying to do through is create a level playing field where companies go online and pick up the best candidate for the job by capability and not because of his brand.'

He feels that the assessment tests that will be on LinkedIn as a part of Linkedin placements will first find the best person for a job profile and then his credentials will be looked at, instead of the norm, which is other way around. 'It is important to find the best learned even if he was self-learned.' He signs off.

Advertisement
While Akshay's Indian concerns are on point, Jeff also commented during the briefing that even though surveys about U.S employability were discouraging this year, there are 5.5 million job vacancies in the U.S., currently. There has to be a gap in skills, which is why people are not getting the jobs they vie for. 'The problem is that people are under-skilled for a job which makes them unemployable.' laments Akshay.

To solve this problem, LinkedIn is integrating (a company that LinkedIn acquired recently) in its offerings which is an online learning company that helps anyone learn business, technology and creative skills to achieve personal and professional goals. It has more than 5,700 courses and 255,000 video tutorials across mobile and desktop which makes it one of the biggest content libraries in the world.

These innovations can prove convenient and fool-proof for corporates looking for quality talent, sitting online. LinkedIn India which also used to go to colleges for placements has decided to use these tools for all its hiring purposes giving a fair chance to all bright hopefuls out there.

Advertisement
Looks like LinkedIn is going to be liked-in a lot of places all over the world, especially where opportunity is not only lacking but seems impossible.
NewsletterSIMPLY PUT - where we join the dots to inform and inspire you. Sign up for a weekly brief collating many news items into one untangled thought delivered straight to your mailbox.
CAPTCHA: