Parrikar: Real impact of Make in India in defence sector will be seen in 2017 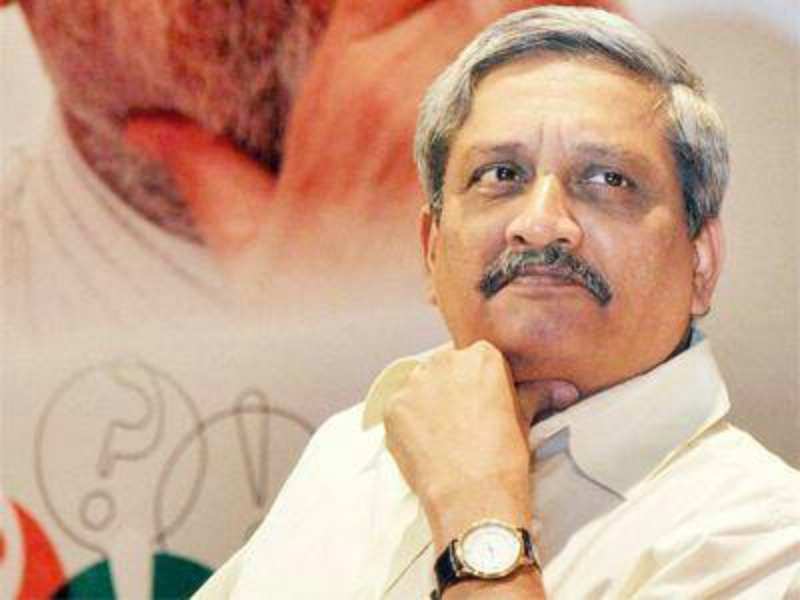 The face of the Indian defence sector is changing rapidly with a strong focus on indigenisation. The man leading that change is Manohar Parrikar, India’s defence minister. Parrikar has worked hard over the last one-and-a-half years to bring a complete turnaround in the defence establishment.
Advertisement

In a latest interview, Parrikar spoke about his future plans and the key security issues facing the country.

Q. The new Defence Procurement Policy (DPP) is being referred to as a game changing policy for the sector. How do you see it altering the Indian defence growth story?

A. In the new DPP, we have tried to shift the focus on Make-in-India, small and medium scale industries. We are also stressing on time-bound procedures.

The defence sector has a strange set of procurement procedures, which do not normally exist for other procurements. One obvious reason is that products need to be tested as unless successful testing is conducted, the costly equipment can’t be procured. So testing is a major criteria and this was, so far, not allowed to Indian private companies and was resulting into major delays. So the new DPP opens up testing facilities. Various defence PSUs are also offering facilities to the private sector. The new DPP will address these concerns of the industry in detail.

Advertisement
Q. The initiative is gaining steam. The new category of ‘Indigenously Designed, Developed and Manufactured’ (IDDM) equipment reverses the local mix from 70:30 to 30:70. Do you have any timelines for its implementation?

A. It won’t happen overnight. In the new DPP for IDDM, it will be only now that things will be processed. Orders may be placed after one year and actual production will start after a year. So, it is in 2017 that we will start seeing the real impact. Of course, some push that we had given earlier would result in some shifting of the balance during the current year.

Q. We see a sudden rush from big corporates who want to invest big time in the defence sector. Already some 50 MoUs have been signed and over 350 licenses given. Is there any kind of a mechanism that you are going to put in place to monitor that everything that is being talked about actually takes-off?

A. Unlike other sectors, the buyer is only one except for exports, which we have opened up. In fact, the recorded NoCs for export granted by us in spite of the fact that we have reduced the number of items under restricted export in defence, has almost tripled as compared to last year and grown by five times the earlier years. We are now touching around Rs 2000 crore this year. I expect growth of another 50%-100% because of offsets.

In the next year, we should cross Rs 1 billion in exports, which itself will be an achievement. Except the export part of it, the rest is produced and purchased by the Indian defence forces. These are part of preparations. These are not actual fructification. The fructification will happen in the current year for some in the private sector whom we are already placing orders with. In fact, Tata’s have developed 6x6 (truck for Indian army), Larsen & Toubro is in the final stage of getting the order for self-propelled guns.

Advertisement
Q. Will the entry of private companies affect the role of defence PSUs and DRDO?
A. PSUs are also part of Make-in-India. We are asking them to broaden their vendor base and get products outsourced so that the private industry also develops in course.

Q. Indian defence companies say their products are comparatively much cheaper to, say those supplied by US companies, like for example the ultra-light weight howitzers developed by the Kalyani Group is around 50% cheaper than that manufactured in the US. Aren’t we spending a lot for importing equipments like these?

A. I am not aware of the costs but I will definitely find out. We are serious on indigenously developed products and I will talk to them.

Q. Are you happy with the budget allocation? How would you in the present constraints of fund allocation priorities your plans on modernization?
A. I don’t see a big fund constraint. Let me put it this way, in a month if a family eats say 20 kg of rice they may consume around 500 grams a day --- so budgets have to be seen in that angle. What do I require today? One is my committed liabilities. I am talking about capital acquisition so if I have placed orders with the vendors then as they supply I have to go and pay. For example, Apache Helicopter for which I placed the order in October. It will be supplied in 2018. Initially, I paid some 15%. The total including the weapon package was about Rs 21,000-22,000 crore. I paid only Rs 3000 crore. How much do I require as per the calibrated payment terms --- maybe I will require another Rs 1500 crore this year and Rs 1500 crore next year and maybe some Rs 5000 crore or Rs 8000 crore the year after. So what I do today has its impact in next 5-10 years and what was done in 2012-13 is going to reflect now.

Advertisement
Q. What about China and Pakistan’s participation in the Defexpo?
A. I don’t see a big issue in inviting or not inviting. Traditionally, they have not been invited but I think from China we had some people to visit if I am not mistaken. There is no calibrated decision specifically taken in this regard.

Q. The double finance scrutiny first by MoD and then by finance ministry is making defence procurement cumbersome. Why should there be a double scrutiny at all?
A. Ask that question to the finance ministry. If you ask me it is a triple level --- MoD, then our own finance department and then the MoF. I think it’s a case for a higher delegated power. It will be taken up but I don’t see it as a big problem. I have no problem in finance expenditure going through it.

Q. Your comments on the government’s plans to cut foreign vendor contracts by 30% in the next two years?
A. We don’t intend to cut. We intend to purchase locally so automatically the procurement from outside will reduce.

Q. In Rafale jet deal pricing is a big issue? Even the law ministry has recently raised some objections?
Advertisement
A. Price is equally important. While I want the aircraft, I will definitely be interested in the right price. The objections are being attended to.