Meet the electric automobile startup that got funded by Hero MotoCorp 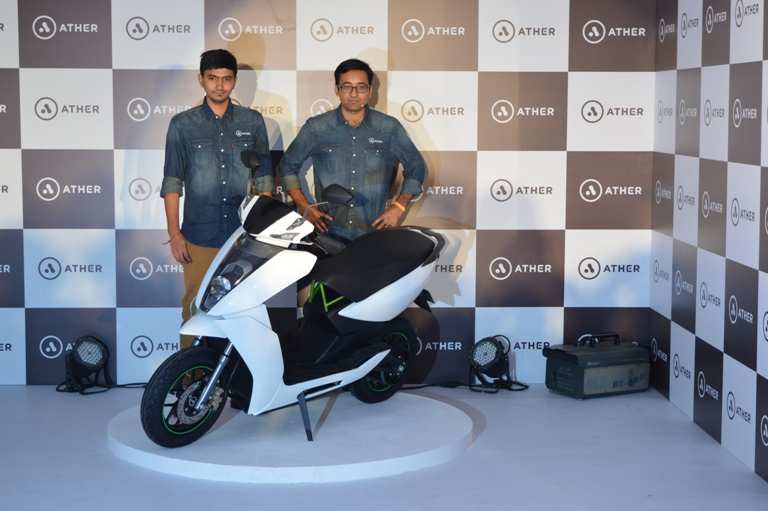 The India government wishes to get as many as six million electric vehicles on the roads by 2020, with two thirds of it being either a bus or a two wheeler.

This is why when a huge conglomerate, scooter and motorcycle maker reveals that it will invest up to Rs 205 crore for a 26-30% stake in Bengaluru-based electric vehicle start-up Ather Energy, it gets very interesting for clean-tech startups.

Backed by tiger global and founder, Sachin Bansal, Ather revealed a model scooter Ather S340 in February this year. And we were there to see the founders extremely excited.
Advertisement Tarun Mehta, co-founder and chief executive officer, Ather had mentioned that time that the scooter will go on sale early next year.

While he explained the intricacies of the electric scooter, Ather S340 looked like a sleek scooty except much sturdier.

It has a tablet-based console integrated with multiple apps such as Maps. The scooter is capable of alerting users to problems and make driving much smoother.

Advertisement
Mehta had claimed that the scooter can run till 100km on a full charge and is charged up to 70-80% in an hour.

Ather has purchased a facility in white field to start production for the same and also develop an R&D centre.

To develop a system that makes electric scooters more adoptable, it is important to use the funds towards building a network of charging stations all over the country and expanding the product offerings much like had done with its sleek cars.
Advertisement The future could look much cleaner and electrifying if interest in e-vehicles is more charged up.

Next StoryThese are the 10 scariest cars of all time
Popular on BI
1
Alabama college students are throwing 'COVID parties' where they invite infected people and gamble on who gets sick first, officials say
2
India wants a COVID-19 vaccine by August 15 at the risk of rushing trials and approvals
3
Fourth encounter in Jammu and Kashmir in 10 days leaves Doda militancy free, according to authorities
Latest Stories
Trending News
These are the 10 scariest cars of all time
The 'breathtakingly beautiful' NSX is a whole new take on its predecessor
Delhi-Noida expressway becomes toll free
COVID-19IndiaCases: 625kDeaths: 18.2kRecovered: 379k
COVID-19WorldCases: 10.53MDeaths: 512kRecovered: 5.72M
COVID-19USACases: 2.61MDeaths: 127kRecovered: 781k
COVID-19Access our Live Coverage
Popular Categories
Trending Right Now
More from our Partners