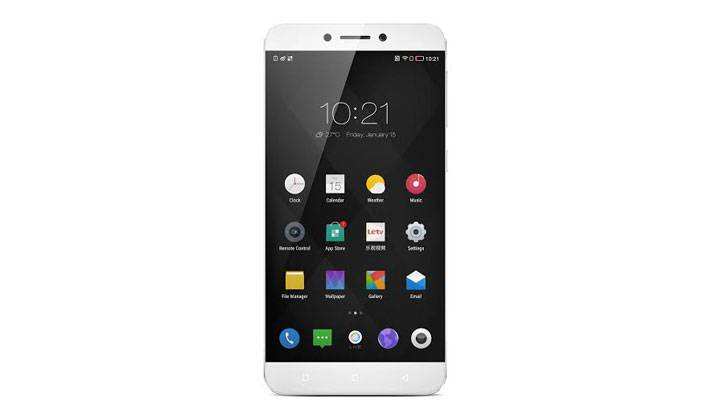 Metal has long been associated with premium high-end design and style on a mobile phone. However, metal body options in smartphones were only restricted to flagship phones but the trend is changing now. LeEco was the first to change this industry norm and disrupted the market with its flagship killer Le 1s - the all-metal body smartphone at a sustainable price of INR 10,999.

LeEco's Le 1s Superphone flaunts a "trendy full-metal body", which only few brands in the market worldwide offer. The metal unibody is sturdy and is made from Aircraft grade aluminium. Furthermore, the Le 1s is the world's only metal unibody phone featuring a screw less industrial design leaving no trace of the industrial assembling on the design. LeEco's Le 1s was the first smartphone to offer Indian users a premium looking all-metal body phone which not only looks stylish to behold but is also a power-packed performer.

The use of metal in smartphones not only enhances the look and design of the phone but also ensures that heat generated by the phone's internals is dispersed quickly to the surroundings. Metal body aids in dispersing heat generated by the processor and internals which it's plastic counterparts fail to some extent. The perceived temperature of a metal is higher than plastic at the same surface temperatures (what this means is that metal feels hotter or colder to touch than plastic at the same temperatures). Though the device body might feel warmer to the touch during heavy usage it's important to note that this is normal and the device is functioning as it is designed to perform. The fact about metal phones is that it gets hot fast and cools down quickly as well.

Advertisement
Furthermore, the metal design of the Le 1s not only enhances the looks but also strengthens signal receiving capability. With unique features the Le Superphones have created new industry records and set new benchmarks for the Indian smartphone sector, having sold 200,000 Superphones in just 30 days. Under intense competition in the Indian smartphone market, LeEco has managed to stand out and won the hearts of many Indian users, with the breakthrough technology, comprehensive ecosystem and disruptive pricing lower than the industry BOM cost.

Here are few reasons that causes a phone to heat-up and tips for users;

Compact size: Smartphones being small in size and given that they are multipurpose, with a heavy workload, the absence of a small fan or proper ventilation will cause the little processor to heat up in the extreme of cases. Also, as the battery tries to support more resources, heating up will be the outcome. Given that the battery is located near the processor, as the phone is designed to accommodate a lot of hardware in a small case, it leaves less space for ventilation which could be ideal for cooling the system as is for example the case is for laptops.

Advertisement
Excessive Gaming: While constantly playing games with heavy graphics, we put too much stress on the "mother board" of the smartphone and it pushes electronic inputs at a much faster rate. Playing a game requires a lot of resources from the phone and it represents the most obvious cause for overheating.

Heat dispersion: If your phone is already overheating, take your case off. If your phone is hot, your case traps the heat. Taking the case off will allow the phone's heat vents to do their job fully without being blocked. This will help your phone cool down quicker.