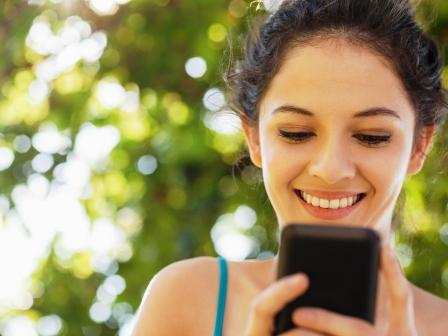 Culturally diverse and economically vibrant – that is how the west sees India, along with its own baggage of challenges. Indeed, diversity is the key word here and this has been proven time and again whenever the country logs significant achievements in spite of contradictions. How else could you explain the skyrocketing success of Science and IT here that exists along with numerous religious ceremonies, being held with devotion and fervour? The land is a social psychologist’s delight and the intriguing consumer behaviour across the country can be studied as part of a top MBA programme.

While the world is indebted to India for the Indo-Arabic number system, modern India has assimilated new technologies and leveraged them to its utmost advantage.

Yes, the world has given India mobile technology and India has created a ‘missed call’ culture. Never underestimate the power of a missed call. For it has a language of its own and can convey much more than a voice call would ever be able to do, at least in India.

Being a quick learner, Facebook understands the significance of missed calls for its Indian customers. As the social network has 100 million users in India, the second largest user base after the US, it is definitely keen to leverage the ‘missed call’ culture and explore the huge potential that the country offers to its advertisers who are looking for ways to grow their businesses.

For this purpose, Facebook has introduced a button for its advertisers about a month ago. The smartphone users, who access the social network from their handsets, can click a dedicated button for a particular advertiser and in return, get a call or text detailing the offers or discounts on the anvil. Yes, the cricket-crazy nation can get cricket scores as well while checking out the best deals. The concept was created specifically for India with focus on its ‘missed call’ behaviour, which is unique to the country.

Besides India, Facebook is also attempting to bolster its business in countries such as Brazil and Indonesia, which have a similar economic graph. Interestingly, Internet giant Google will soon launch an economically priced smartphone, using its Android software, to create a niche market for its brand.

Early tests on ‘missed call’ by the social networking site are deemed successful and brands like L’Oréal hair care products and Garnier for Men experienced an annual 2.5 times rise in online sales. Encouraged by this trend, Facebook is hoping to see a different kind of success in India, a country rapidly warming up to the concept of e-business and online buying.

Keeping in mind the connectivity problems, Facebook has also optimsed its ads to work on slower wireless connections in the emerging markets. In fact, the company is leaving no stone unturned to reach the pinnacle of business for its advertisers, who in turn will bring more money to the company.

Next StoryTata May Invest In E-Tailer Snapdeal
Advertisement
Popular on BI
1
Make coronavirus vaccines patent-free, former world leaders urge Biden
2
Coinbase tumbles 19% in trading debut as valuation hovers around $100 billion
3
The Ever Given's insurer calls the Suez Canal Authority's demand for nearly $1 billion bogus
Latest Stories
Trending News
Buying Guides
Advertisement
Advertisement
Tata May Invest In E-Tailer Snapdeal
Here's What Google Teaches Employees In Its 'Search Inside Yourself' Course
How I Got My Job As One Of Facebook's First 30 Employees
Popular Categories
Trending Right Now
More from our Partners