Ola to raise 3,150 crore to double valuation, in talks with investors 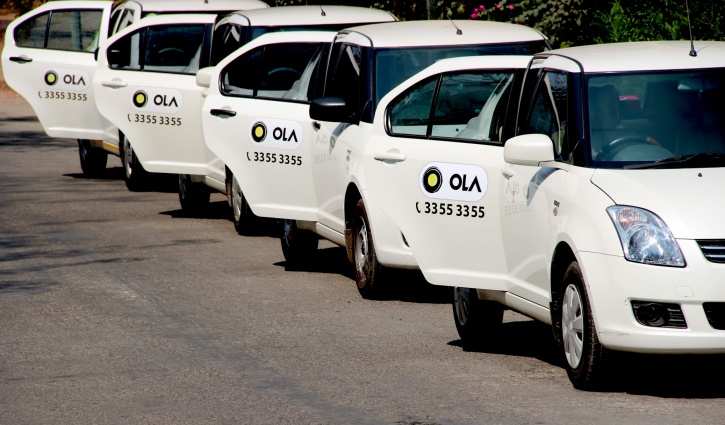 After getting its hands on a whopping $400 million deal in April this year, now online cab service provider, Ola, is all set to get another huge sum of Rs 3,150 crore ($500 million).

As reported by Economic Times, officials who were directly aware of the development informed that the deal might add to the valuation of the company. The current valuation of is $2.5 billion which might go up to $4.5 billion.

The official, on condition of anonymity, informed ET, "The deal could be finalized in about 2-3 weeks." "As Uber gets more aggressive in India, Ola will need to burn more cash to maintain its market leadership position," another source further added.

Advertisement
An Ola executive said that the firm is targeting to raise $550 million at a post-money valuation of $5 billion. Reports of bringing new investors onboard have also been heard.

The Bengaluru based firm, however, denied making any comments on the matter. Ola, which is a backed company have investors including Russian billionaire 's DST Global, Singapore's GIC and New York based hedge fund Falcon Edge and also Tiger Global, Steadview Capital and are major investors.

Ola, so far, has raised around $676 million in six funding rounds from over a dozen investors.

Advertisement
"The company needs cash to invest further in new businesses as well as continued discounting (for customers)," informed a source.
With acquiring another taxi-service provider TaxiForSure earlier this year, Ola, currently, is present in around 10o Indian cities.

One of Ola’s biggest rivals, San Francisco-based Uber, which is valued at an estimated $50 billion, has grown swiftly in India since its launch in Bengaluru in 2013. It is now present across 20 cities.

Ola's spurt in revenues has been aided by the $200-million acquisition of rival , whose revenues have doubled since the deal closed in March this year. But Ola still accounts for over 80% of the revenue of the combined entity. Ola currently gets over 80% of its bookings through its mobile application.

Next StoryA new $4 billion LaGuardia Airport coming
Popular on BI
1
Mary Trump said that she thinks her uncle genuinely believes he won the election and that he's the only person she knows 'who can gaslight himself'
2
The mascot for Indian masala is no more — some pics that take you on a trip through the icon’s journey
3
RBI tells HDFC Bank to stop new digital launches and selling new credit cards after recent outages of online banking
Latest Stories
Trending News
Buying Guides
A new $4 billion LaGuardia Airport coming
Check out 'Trump Force One' - Donald Trump's personal Boeing airliner
For 3 months in 2015, Tesla did something we've almost never seen before
Popular Categories
Trending Right Now
More from our Partners