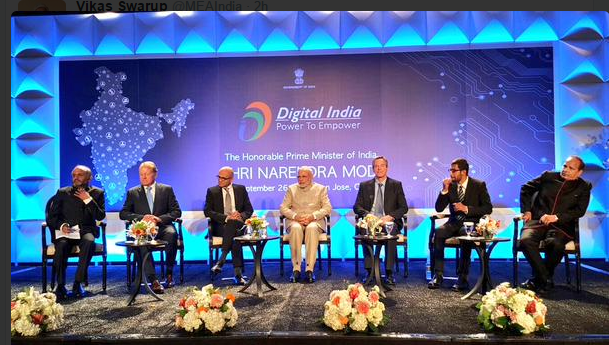 On Sunday, Prime Minister hosted a 'Digital India' dinner for top tech CEOs at San Jose, California in the US.

The trip to forms part of Modi's visit to the US' west coast - the first by an Indian prime minister in more than three decades.
Advertisement

"With Prime Minister Narendra Modi in office, we have the opportunity to reinvigorate US-India relations and bring our partnership to new heights," Congressman Ed Royce, Chairman of the powerful House Foreign Affairs Committee said in a welcome statement as soon as Modi landed at San Jose Airport.