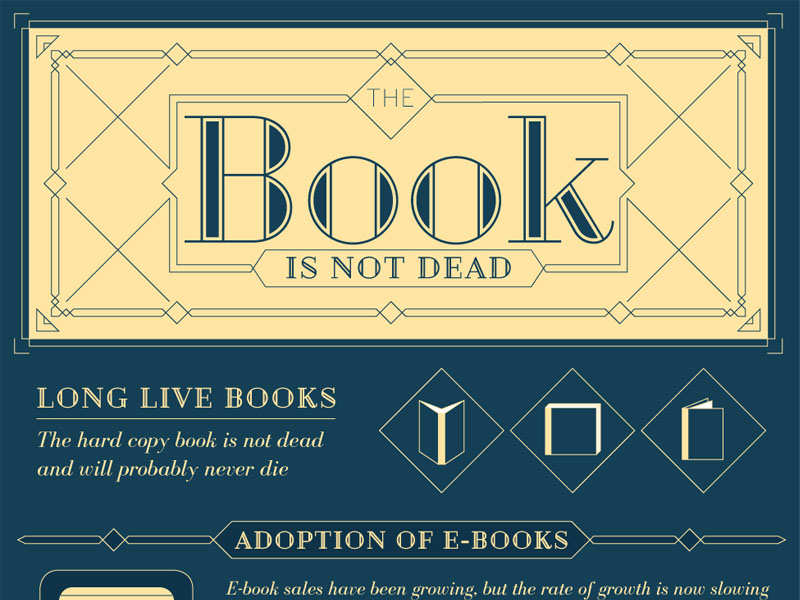 With the introduction of E-readers from companies such as and , one might think that the hard copies of might die soon. Well that is not the case according to this released by License Direct. The graphic does display the immense growth of E-books in the last couple of years, but the rate at which they grew in 2010 and 2011 has slowed down considerably in 2013.

E-books have been compared to digital music, which also went through a similar situation when audio was digitised, moving from tapes to CD’s to MP3’s. The music industry boomed with the digital evolution, but that is not the case with E-books. Another section of the infrographic, which caught our attention, is that 70% of the consumers said they will not give up on printed books. This shows consumers still prefer printed versions over the digital one. Also, the fact that E-readers come for cost would also tip their decision towards buying a hard copy.
Hardcover books sales grew world over and people still love carrying and reading hard bound novels. This infographic reveals interesting facts of the printed books vis-à-vis an . Take a look.