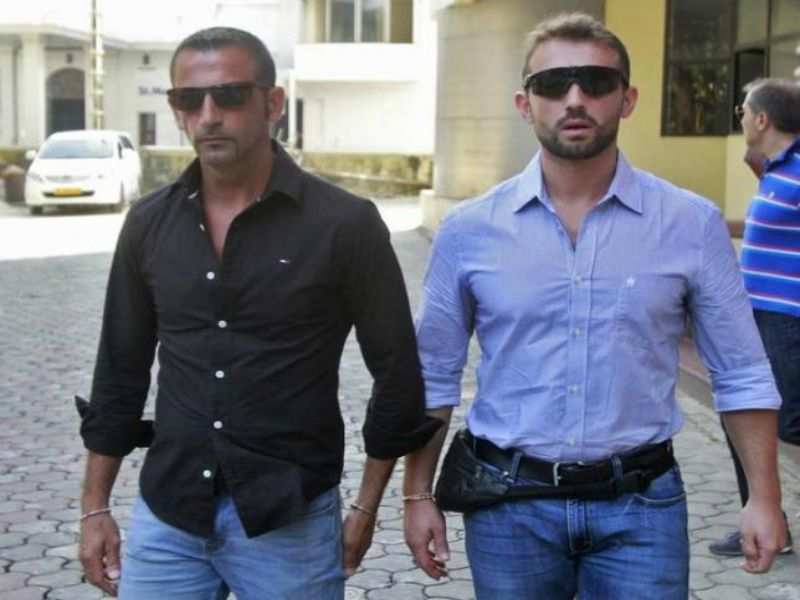 It was a warm evening in February 2012 when two Indian fishermen Ajesh Binki and Valentine aboard St Anthony were killed while they were out fishing in the seas not too far from their home state Kerala.

They were killed as a result of gunshot confrontation with MV Enrica Lexie, an oil tanker which was on its way to Egypt from Singapore, when life changed drastically for four men.

Binki and Valentine were shot dead by two Italian marines and , who have been awaiting trial over the case. While Girone continues to stay at the Italian Embassy awaiting trial, Latorre returned to Italy citing medical grounds, where he reportedly underwent a heart operation in the last few months. He had also suffered a stroke while he was in India, and this was the main reason that prompted Supreme Court to grant him permission to travel to his home country.

Advertisement
This incident has complicated India’s relationship with Italy, ever since the latter country claimed that the marines should be allowed to return to their home country and be tried there instead of India, as the incident had happened in international coastal area.

It also raised concerns about using armed guards on commercial shipping companies. India, at some point, even accused the maritime industry of being responsible for the incident by way of cruising in the high risk area, for piracy, which had extended to the Indian coastline.

The marines Latorre and Girone were detained in judicial custody with charges of homicide pressed against them. Kerala police charged them with murder based on the post-mortem report and also with corroborating evidence provided by ballistic experts.

Advertisement
Two years later, India decided to prosecute Italian marines under SUA Act that came into existence in 1998, with an objective of curbing international terrorism. Italy clearly refused to buy the theory of marines being charged with attempts of terrorism or homicide, since the incident was a result of shooting confrontation, started by St Anthony in which Binki and Valentine were travelling.

Since the beginning of the incident, Italy has objected to the arbitering of Indian courts for the reasons that the trial wouldn’t be a fair one with two marines already being charged with homicide and other serious charges. Italy decided to go for claiming jurisdiction. Italy felt this was the best measure to be initiated during this time, since it coincided with the United Nations Convention on the Law and of the sea.

This step was much expected since Italy had been inclined towards having the case taken to international court than be decided in India where the laws of land can be difficult to interpret pertaining to the specific case.

Advertisement
The process of international arbitration is yet to find ground. Because, Italy will have to be highly specific as the curiosity had risen about the Italy’s next move on which international body it would be approaching to have the case dealt with.

The case has caused much heartburn to both the countries since the mudslinging has resulted in strained international relations.

Advertisement
International arbitration route could be the best solution possible to end this three year impasse, and move further in terms of mending the fences between both countries. India, which was earlier not too keen on reaching out for international arbitration, stating it would challenge the decision if Italy ever went that way, has now softened its stance, and said it would participate in arbitration proceedings foreseen under a UN convention.

This incident had wider fallouts with countries like Rome siding with Italy on the international arbitration route since this could be a trendsetter of sorts for other countries to follow. And this would result in seriously damaging commercial shipping companies’ interests in the long run, affecting all countries equally whenever they have to sail on international high seas.

The arrest of two marines even caused the collapse of India-EU Summit planned during Prime Minister Narendra Modi’s visit to Germany in April this year.

Advertisement
India’s willingness to participate in international arbitration makes one thing clearer than before. India’s international relations with Italy and EU at large are set for a change, and this is definitely headed in the direction of putting the past behind and moving ahead with positivity.