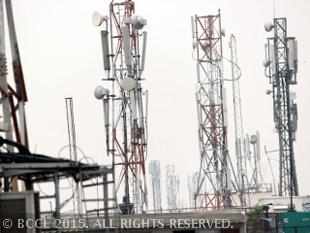 In a bid to to lower its debt substantially, Anil Ambani-led Reliance Communications (RCOM) is looking at selling its stake in tower unit this week that will mark the complete exit of the company from the telecom tower business in India.

"The deal will be announced within a couple of days, and will value Infratel at around Rs 22,000 crore," one of the people said. Last minute details are being worked out.

ET had reported in September that RCOM was in talks with US-based Farallon Capital and Tillman Capital for the sale and that the due diligence process was going on.

Some bidders had evinced interest to buy out RCOM's entire stake, while two others wanted 51 per cent. RCOM insiders said the company would prefer to completely exit the tower business as it needs the funds to reduce its debt of over Rs 38,000 crore.

The deal would be the second such development in the tower industry after bought controlling stake in Viom Networks in October. Viom, with around 42,000 towers, was valued at around Rs 21,000 crore.

While RCOM owns 96 per cent of Reliance Infratel, minority and institutional investors such as George Soros' Quantum (M), NSR Partners, Galleon, HSBC Daisy Investment (Mauritius), Drawbridge Towers and Investment Partners B (Mauritius), hold the rest. The minority partners are expected to exit with RCOM as well.

RCOM aims to reduce its massive debt by trying to sell its tower and overseas business units, as well as monetise its DTH arm and land holdings. It expects to also raise some funds from trading and sharing its airwaves with .

Reliance Infratel, with some 45,000 towers and over 120,000 km of intra- and inter-circle fibre network, trails Indus Towers, ATC-Viom and Bharti Infratel by number of towers.