Remember the new kiosks at Delhi’s Metro Stations? Here’s how they work 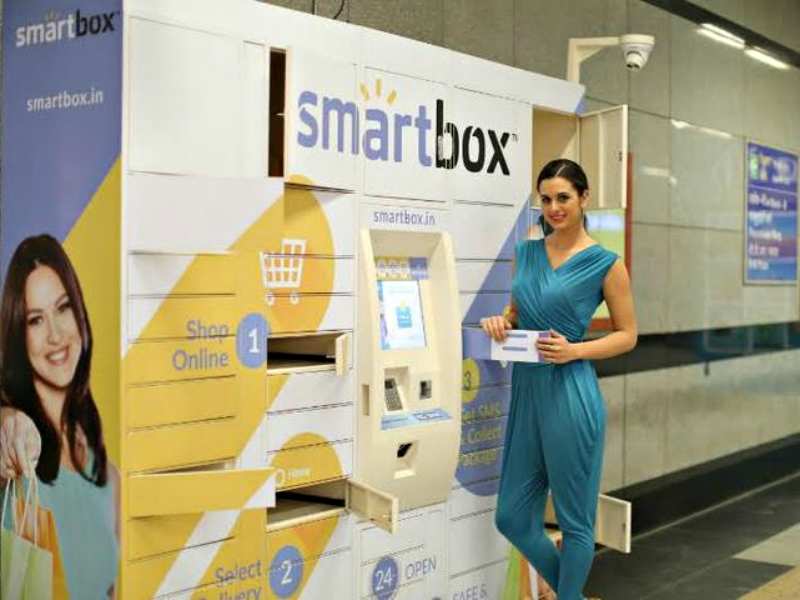 Last-mile delivery has been a pain for most e-commerce companies. It’s the most expensive, least efficient and most taxing part of the entire delivery process. There are problems like wrong addresses, poor internet connectivity, unclear maps and location data and lack of proper roads. All these add up to the time and cost per delivery.

A new Delhi-based startup called is looking to address this solution in a smart way. The delivery person can drop your parcel at a secure locker near you, and you could pick it up at your convenience. Co-founded by Amit Sawhney and Vineet Sawhney in 2015, the company currently operates a network of automated parcel delivery terminals.

Every Smartbox terminal has 52 lockers in small, medium and large sizes. The terminal is completely automated and compact, occupying only 1.5 square meters. It also offers Card Swipe on Delivery (CSOD) for faster COD settlements. This enables you to pay through credit/debit card at the time of collecting the parcel from the terminal.
Advertisement

How it Works:
Once the delivery boy puts your parcel to your nearest Smartbox terminal, you’ll get regular notifications. The first SMS is sent at the time the parcel is delivered, second after 24 hrs, third after 48 hrs and last one 6 hrs before the parcel expires. If the parcel is not collected after 72 hrs, its marked as expired and is returned to the eCommerce company.

With over 20 terminals deployed across Delhi, the company is currently working with Snapdeal, Shopclues, Oriflame and Voonik. It’s in advanced talks with several other players, and is looking to scale up to 125 terminals in Delhi NCR by July 2016.

Advertisement
Expansion Plans:
Expansion plans include taking the number of Smartbox terminal to 1000 by covering top 8 cities by the end of FY 2016. The company currently fulfills 5000 orders per day, which they project to scale to 30,000 orders per day once they cover all 8 metro cities.