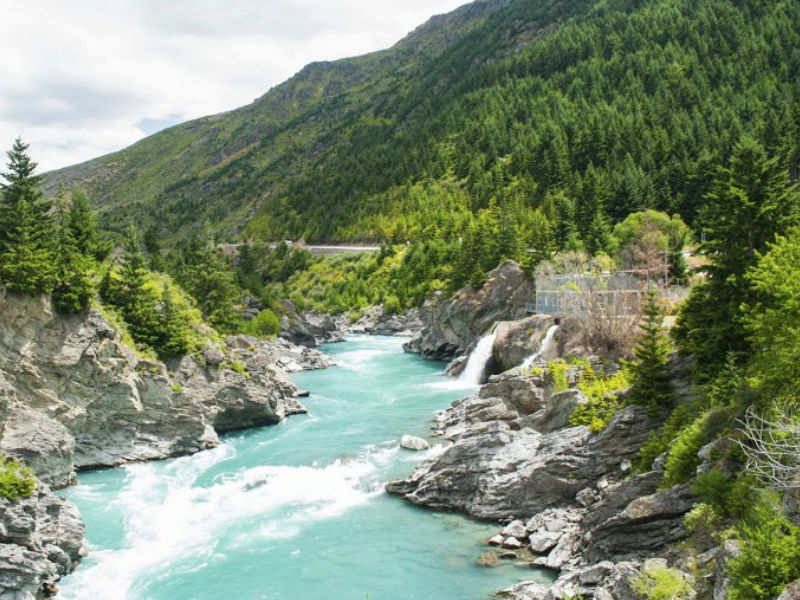 Deforestation is a vicious cycle. It is not just the loss of tree cover, but a negative change in the whole ecosystem resulting in decreased growth not just in the agricultural sector but in all sectors.
Advertisement

While deforestation is a worldwide phenomenon, how does it affect India? In the present context when India is aiming to consolidate and increase its growth, economic losses in the agriculture and industrial growth are serious issues.

Causes of deforestation in India

Farming, cutting of timber, mining and often indiscriminate dam building for hydro electric power projects are the foremost causes of deforestation in India. Another factor is the burgeoning population and its resultant growing urbanisation. It is sad that many forests, scrubland and even agricultural lands have been eaten up by sprawling urbanisation.

In a nutshell, in India it is a sad case of overdevelopment.

Advertisement
How it affects India?

The effects of deforestation are not confined to loss of tree cover and unpredictable weather conditions along with adverse monsoon, but are linked to and result in flooding, siltation, soil leaching leading to low and poor agricultural yield.

Deforestation also causes the Greenhouse effect that leads to , another contributor to climate change. Loss of tree cover also upsets the oxygen carbon dioxide balance leading to lower oxygen levels and higher levels of pollution. All these also cause attendant health problems which the population can ill afford.

India has experienced this when deforestation in its northern parts and its Himalayan regions resulted in soil erosion, unprecedented floods and landslides. In 2013, was devastated by floods. More recently, last year Jammu and Kashmir suffered from flooding. These disasters were due to deforestation in catchment areas, silting of lake and riverbeds, unplanned building construction, hydel power projects and road building.

Experiments at the Indian Institute of Science in Bangalore have shown that deforestation in higher latitudes affects rainfall in tropical areas. The whole monsoon system will migrate further south of the Asian subcontinent and could lead to an 18% decrease in rainfall in India. Couple this with rising temperatures caused by deforestation, results can be devastating.

The lives of 25% of India’s population (approx. 300 million people) centers round its forests. The Joint Forest Management programme has been working with local communities to halt deforestation. It is also working in close tandem t involve them in various projects of afforestation, social and farm forestry besides ensuring they can continue to collect and love forest produce.

Responsible forest management in tune with the area’s geography and biodiversity is the need of the hour coupled with active participation of local populations.

Likewise several projects like the National river water conservation, the Ganga project have brought rivers, waterways and water bodies under a more efficient and pro-environment management.

Advertisement
Although India boasts of the tenth largest forest cover in the world, spread over 20% of its territory, it is unfortunately the world’s fifth highest carbon emitter.

Of special importance is the encouraging fact that India has at last finalized its draft policy for implementing the + program of the United Nations. Under the REDD program developing countries would be financially aided by developed countries in their efforts to reduce carbon emission.

The main thrust of the REDD program is ‘Carbon sequestration is one of the ecosystem services flowing from forests, in addition to biodiversity conservation; maintaining water cycle and soil fertility; livelihood supports to local communities.’

A National REDD + Authority will be established and will be assisted by existing government and non government bodies like the Forest Survey of India, Indian Council of Forestry etc. in preparing a national database, action plans on carbon emissions as well as develop a national emission monitoring system.

REDD in India will also address the need to develop and implement a ‘fair, transparent and participatory mechanism’ that will ensure funds coming out of REDD reach and benefit the affected local communities.

Advertisement
Contrary to his ‘Growth Mantra’ PM Modi has disappointed by slashing the funds allotted to the Ministry of Environment, Forests and Climate Change by almost 18% from Rs 2,043 crores or US $ 378 million to Rs 1,681 crores (about US $ 300 million). Hopefully some of the funds from the ‘Coal Tax’ may be diverted for deforestation.