A few months back, around mid-February, a relatively unknown Noida-based startup called Ringing Bells made the headlines for claiming to introduce India’s .

The smartphone named ‘ Freedom 251’ which was priced at just Rs 250 could be ordered online on the website and the company promised to deliver 25 lakh handsets by June 30.

However, what the company didn’t foresee was the unprecedented number of orders they would receive from people across the country wanting a taste of the cheapest smartphone on offer. Advertisement
As a result, Ringing Bells received over seven crore registrations leading to the payment gateway crashing within three days and the plan being put on hold.

When asked how would the company decide the 5,000 people out of the seven crore registrations, , CEO, Ringing Bells Pvt Ltd claimed that the same would be done via a lucky draw that would take place on July 7 when the company launches their flagship and six new phones.
Advertisement

At the event yesterday, we did see the launch of the Freedom LED TV, which Goel claims is the cheapest TV around at Rs 9,990 and the six new phones, each bearing an unusual name, but what we didn’t witness was the so-called lucky draw that would have decided the 5,000 people who would have received their handsets today.

Moreover, when you go to the Ringing Bells website- there’s also no sign of Freedom 251 on their landing page, which instead advertises the new devices and the LED TV, clearly indicating that the company has shifted its focus from Freedom 251.

The only mention of the phone is hidden in the ‘Our Products’ section, which basically highlights the basic features and specs of the phone- but keeps mum on the delivery dates. One doesn’t have the option to buy the phone either. Advertisement 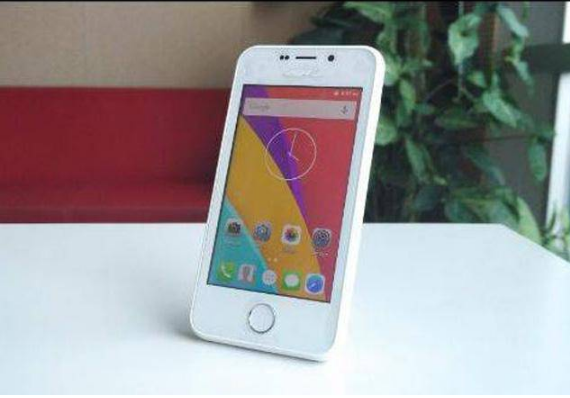 For a company that became a household name due to the hype created about Freedom 251, it’s quite suspicious that their website shows no sign of the phone which could also seem like the company and its CEO are washing their hands off the handset.

On being asked about the same, Goel is quick to add that they will deliver the Freedom 251 phones. "We've advertised our new phones on the website's home page because they need publicity and word of mouth," he insisted.
Advertisement But when we inquired whether the company intended to let people know the status of their deliveries today, Goel refused to comment.

Additionally, the fact that he has officially admitted that Ringing Bells is a loss-making venture due to Freedom 251 and has approached the Government for help to the tune of a whopping Rs 50,000 crore does little to instill faith about Freedom 251 getting to see the light of the day.

In a letter written to the Prime Minister's Office dated June 28 asking for a meeting with Narendra Modi , Ringing Bells said: "We have brought 'Freedom 251' which we offer on 'Cash on Delivery' terms but we have a gap between the BOM (Bill of Materials) and the Selling Price. We, therefore, humble request government support to actualise the objective to cascade the availability and usage of all through the far reaches of our great nation."
Advertisement The question thus remains, will the seven crore people who’ve registered for Freedom 251 get to own the cheapest phone in the country?

Next StoryOYO eyes Rs 413 crore funding, to be valued at Rs 3129 crores
Popular on BI
1
Forget vitamins: Fauci says the 3 best things 'to keep your immune system working optimally' cost nothing
2
India’s $50 billion wedding industry is gearing up for a busy winter — business may have shrunk in size but it has not lost its sheen
3
Bill Gates says Elon Musk couldn't be confused with Steve Jobs and that electric cars are 'far easier' than other climate change technology
Latest Stories
Trending News
OYO eyes Rs 413 crore funding, to be valued at Rs 3129 crores
Freedom 251 makers seek Rs 50,000 crore from the government after facing losses
On World Chocolate Day, we find out how it is like to work at Mondelez India
Popular Categories
Trending Right Now
More from our Partners