SRK Kajol to shoot one take song in Dilwale, but it’s not Bollywood’s first 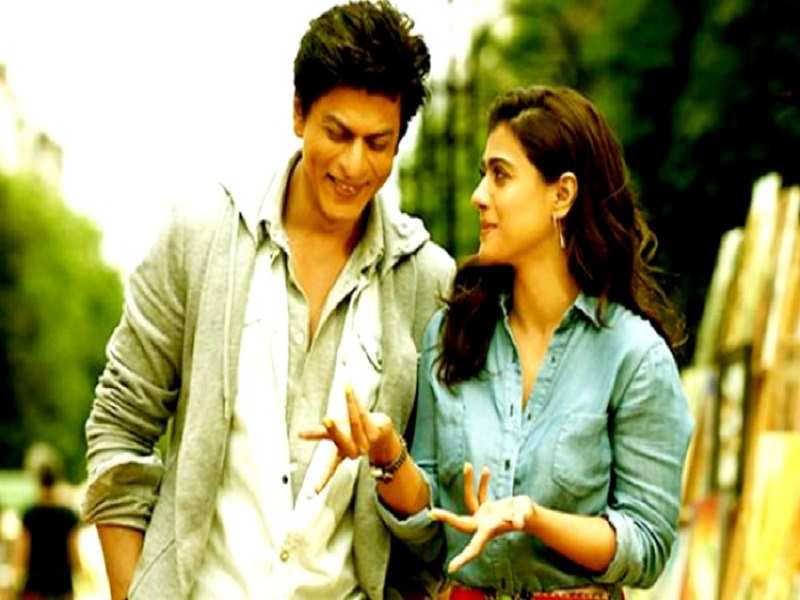 and , who are shooting for ’s upcoming movie , would be seen in a song shot in a single take. The romantic number would be shot at the famous black sand and white surf location in , and we can’t wait to see India’s most loved on-screen jodi to sizzle in this song.

However, director Rohit Shetty is not the first Indian director to have thought of shooting a song in a single go. In the past, there have been songs or sequences where the director didn’t call for a cut and shot it in one go.

Surely, this takes a lot of planning, rehearsal, and retakes, but what comes out in the final cut is spellbinding, and completely worth it.
Here is a list of the songs and sequences that were shot in a single take.

1. (Aradhana, 1969)
Advertisement
Director shot the entire sensual song in one take, with actors and . The song had the magical voice of and S.D Burman composed the music. The song was more than 03:30 minutes long.

2. Chale Jaise Hawaein (Main Hoon Na, 2004)
Director decided to shoot the opening sequence for this movie in a single take, and it was all the way more difficult because unlike Roop Tera Mastana, this song had a lot of dance steps, extras, background dancers, along with , the actress. Farah Khan choreographed the first 02:40 minutes of the song in a single take.

4. (Cash, 2007)
This song, directed by , had five actors viz. Riteish Deshmukh, , , , and , dancing in what looks like a maze of different corridors. The song is around 03:39-minutes long, and was sung by Anushka Manchanda, Vishal Dadlani, Shekhar Ravjiani while the latter two being the music directors.

5. Ek Villain (2014)
The movie starring Sidharth Malhotra, and Riteish Deshmukh had a fight sequence, which was 2-minutes long, and was shot in a single take. The sequence showed Malhota getting onto a ship and fighting with dozens of goons, one by one, in a single take. The scene was brilliantly executed because the fight looked real and the background music added a lot of drama to the scene.

6. Gallan Goodiyaan (Dil Dhadakne Do, 2015)
Advertisement
This song from 2015's comedy-drama had a lot of actors, including Anil Kapoor, Shefali Shah, Ranveer Singh, Priyanka Chopra, Farhan Akhtar, Rahul Bose, Ridhuma Sud, Zarina Wahab, Vikrant Massey, Parmeet Sethi, Divya Seth, and Manoj Pahwa dancing with hundreds of background songs. Out of all the songs listed, this one has the most fast-paced beats, and is also the longest one-take song (04:38 minutes). Directed by Zoya Akhtar, this song was sung by ​Yashita Sharma, Manish Kumar Tipu, Farhan Akhtar, Shankar Mahadevan, and Sukhwinder Singh, with Shankar-Ehsaan-Loy's music and Bosco-Ceaser's choreography. ​Thanks to our reader ​Jahangir Hussain for pointing out that we had missed this song.