Samsung India to pitch its other smartphones to damage control Galaxy Note7’s recall, quarterly results to take a hit 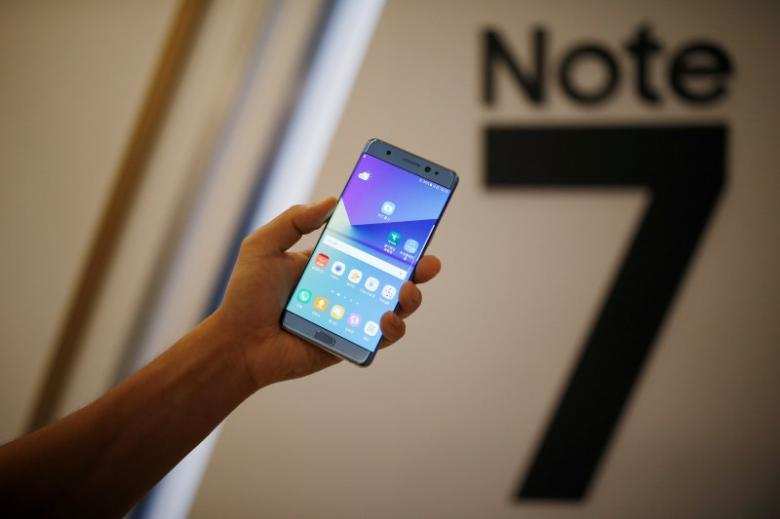 Samsung&rsquo;s Galaxy Note7 recall is the largest ever in consumer electronics in India and this is going to impact the company&rsquo;s quarterly results adversely.

was expecting to sell nearly 70,000 units of Galaxy Note 7 during the quarter but now is likely to face a dent of around Rs 420 crore.

Globally also, Samsung has cut its operating profit guidance by 33% at $2.3 billion for the last three months.
Advertisement As per reports, Samsung Note7 recall could end up costing up to $17billion.

Now, Samsung India is in damage control mode and will push other smartphones under Note flagship.

A Samsung India spokesperson told ET has a robust range of mobile phones across categories and the company is headed for record sales of handsets in India this year.

Advertisement
Samsung India may revive Galaxy Note 5, which was discontinued to focus on the Note 7. It may offer the Galaxy S7 Edge to the approximate 20,000 Note 7 pre-booked customers in India, or an option to return their money.

ET reported Samsung India was set to start manufacturing Note 7 in the country at the Noida plant.

Meanwhile, Samsung&rsquo;s loss is going to be Apple&rsquo;s gain and the maker has enough iPhone7 and iPhone 7Plus in the Indian market to meet the demand.
Advertisement &quot;Apple has ensured availability of sufficient stocks since it wants to make the most of Note 7's absence. In fact, iPhone supplies are still not steady in tier II and III cities, but will now beef up stock there as well. Around 40% of the sales is that of iPhone 7 Plus compared with 15-20% earlier for the pricier variant,&rdquo; CEO of a leading cellphone retail store told ET.

Next StoryAirtel counters Reliance Jio: Gives MyAirtel app a makeover
Popular on BI
1
10 out of 15 worst-performing bank stocks in Asia-Pacific are Indian — PNB, YES Bank, Central Bank of India, IDBI among them
2
COVID-19 vaccine updates in India: Oxford’s vaccine to be available in Indian market by March, Bharat Biotech to develop an intranasal vaccine
3
3 features I wish the iPhone 12 had that you can find on Android phones like the Samsung Galaxy S20
Latest Stories
Trending News
Airtel counters Reliance Jio: Gives MyAirtel app a makeover
Daily call failures between Reliance Jio and Airtel improves, Vodafone still remains a hiccup
Ahead of festive season, Huawei launches three new smartphones including its first ‘Made in India’ smartphone
Popular Categories
Trending Right Now
More from our Partners