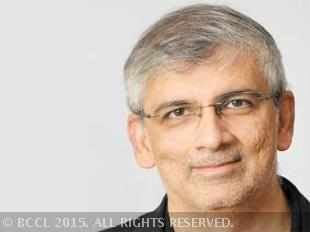 After his two years stunt with , is all set to shower his expertise on next year. Tata-SIA joint venture airline Vistara today named him as its Chief Strategy and Commercial Officer, succeeding CCO Giam Ming Toh.

"We are happy to welcome Sanjiv to Vistara as he will be joining us at a time when the airline embarks on a new phase of growth - with the new aviation policy around the corner and the successful completion of the first year of operation," Vistara's Chief Executive Officer Phee Teik Yeoh said.

Toh with his impeccable strategy and execution has successfully created and established the Vistara brand promise through consistent delivery of product and service excellence, the CEO said, adding, Toh will work alongside Sanjiv for a smooth transition.
Advertisement

"I am delighted to be taking on the role of Vistara's Chief Strategy & Commercial Officer. The airline has the best possible parentage in the group and Singapore Airlines. I look forward to working with Phee Teik and the entire Vistara team," Kapoor told PTI.

Kapoor will join office from February next year, Vistara said.

Kapoor carries with him over 19 years of experience in the aviation industry, having worked with airlines in Asia, Europe, and the US in leadership and advisory positions, Vistara said. Advertisement
He resigned from the post of SpiceJet's Chief Operating Officer yesterday.