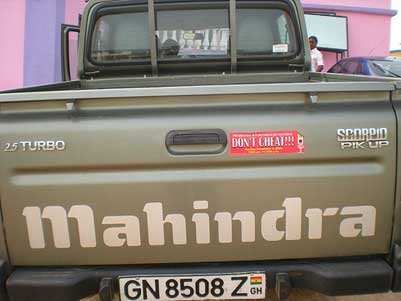 Outperforming other commercial vehicle segments in the country, the small commercial vehicle (SCV) industry in India witnessed a sale of 4,32,000 units, contributing a whopping 60% to the overall commercial vehicle industry in 2014.
According to a study by Roland Berger Strategy Consultants, a global consultancy firm, in the next six years the segment is pegged to grow at 13% CAGR till FY 2020, thus constituting 80% of the total commercial vehicle industry in India.
“OEMs in the SCV segment need to focus on creating the demand for SCVs by developing newer applications. They also need to understand their customers’ needs and liaise with government authorities in order to further promote SCV Passengers” said Dr. Wilfried Aulbur, managing partner at Roland Berger Strategy Consultants India.
The Fair Game
Currently, SCV segment is the fastest growing segment in the industry. The segment that came into existence in 2005 in India substantially grew at 30% CAGR in 2010-2012 but registered 1% decline in the last two years. It should be noted that the commercial vehicle industry shrunk by 11% CAGR due to economic downturn in the country.
In the SCV segment, SCV Cargo vehicles category continues to remain the biggest segment and will account for over 80% of the total market in the next six years. The large pick-ups with a capacity of 2-3.5 ton constitute 54% of the SCV Cargo segment and have been growing rapidly. Advertisement However, the passenger vehicle segment in SCV has been facing tough competition from three wheelers. “It faces tough competition from 3 wheelers that account for more than 85% of the passenger segment. Also, competition from Multi Purpose Vehicles (MPVs) and Sports Utility Vehicles (SUVs) for customers looking for comfort whereas soft top vehicles are more in demand for shared taxi applications. Over the last year, the segment has suffered extremely high delinquency rates,” stated the report.
The Big Boys
Tata Motors and Mahindra & Mahindra (M&M) dominate the SCV category. While Tata Motors is the market leader through its sub 2T truck category and the SCV Passenger vehicles, Anand Mahindra’s M&M is expected to dominate the 2-3.5 ton category because of its stronghold in the pick-up segment.
“Tata reinforced its dominance in the <2T (less than 2 ton) category by creating the Zip segment positioned between ACE ((Tata’s mini truck) and the three wheelers segment. On the other hand, M&M has also managed to attract ACE customers to higher tonnage Bolero Maxi Truck. Ashok Leyland is one of the late entrants but has been successful with Dost cornering 14% market share in the 2-3.5 Ton category”, the study revealed. In the 3 wheeler cargo segment, Piaggio continues to be the market leader with a market share of 52%.
The Road Ahead
According to the report, the SCV industry is expected to reach over 9 lakh units (in the next six years) growing at a CAGR of 13% over the next 6 years. The segment is expected to get back on the growth trajectory in the current fiscal year’s third quarter.
Advertisement
Most of the Original Equipment Manufacturers (OEMs) have considerable investment plans for India. Isuzu India, a leading global OEM in India plans to invest Rs 3,000 crore in its upcoming plant in Andhra Pradesh, which has a capacity of churning out 1 lakh units annually. Ashok Leyland and Nissan joint venture has made an investment of Rs 2,500 crore out of which 50% has already been spent. The plant is expected to have a capacity of 1.5 lakh units.
Similarly, Tata Motors has an overall investment target of Rs 1,500 crore for the current fiscal year. The investment is being made for new product development and not additional capacity. M&M too will invest Rs 250 crore in its AP plant for its SCV and passenger vehicle segments. Eicher in a joint venture with Polaris India is also expected to make a similar investment for its own SCV models.
The question however is: will these investments bring in returns? They definitely would, if manufacturers would offer exclusive and unique experience to the consumers.

In Aulbur’s words, “The future of the SCV segment depends significantly on the rise of unique applications of the vehicles. The OEMs could augment the current demand by continuously developing newer applications and educating the customers on the benefits of using SCVs. New applications are being developed to expand the market prompting newer customers to buy SCVs. Poultry, milk and water distribution industries are some of the new applications that have been witnessed over the last few years.”
Advertisement