Solar Is The Future Of Renewable Energy In India 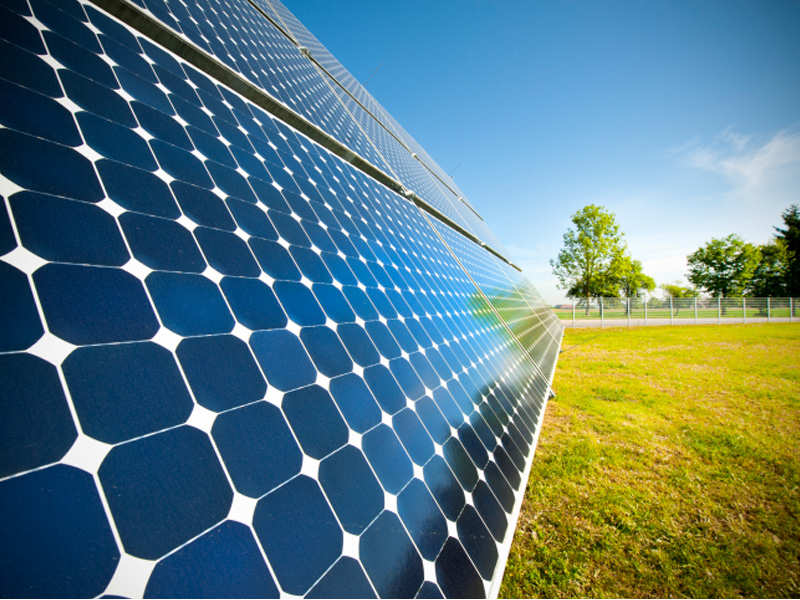 India as a civilisation has revered nature for its life-giving properties and has been powered by renewable sources since ancient times. Modern India generates almost a third of its power using renewables sources – water, wind and a small part from the sun (<1%) while the rest comes largely from fossil fuels (coal, oil, gas). These fuels have been the mainstays of power generation for the past few decades and would have continued to do so but for their escalating prices. Also, an ongoing lack of consistent fuel supply to meet even the current demand, along with the clamour against global warming, has put the energy industry under increased pressure and the focus is now on renewable sources of power like the sun, water, geothermal, biomass and wind.
Advertisement

Large hydro projects, comprising almost a third of the current power generation sources, have hit numerous roadblocks due to people displacement, global warming, habitat destruction and land submergence. Biomass initially started off well but due to unplanned supply chain issues, has resulted in almost 75% of the 2 GW installed capacity coming to a standstill. Tidal and geothermal are almost non-existent in India while wind has played a significant role in increasing the acceptability of renewables, but hasn’t really contributed to a scalable solution. Biomass has been an abject failure due to fuel price rise, with 75% of the installed 2 GW capacity currently without adequate biomass supply. Wind turbines generate unscheduled power for just a few months, making them unsuitable for mainstream power generation, especially in the Indian context, and were only successful due to huge corporate tax benefits.

That just leaves us with the sun which delivers more than enough solar energy every hour to our planet to power the entire world’s energy needs for a year. However, the major drawback is its periodic nature and capturing this energy for round-the-clock delivery at cost-effective pricing is the next paradigm of energy that is now receiving attention and interest.

Clean and green energy is a basic theory of modern life although the governmental focus is more on grid power, which is a polluting, inefficient and unreliable source of power. AT&C losses account for close to 40% of the total power generation, amounting to a total of Rs 75 thousand crore and more every year that could wipe out energy poverty across the country. Smart grids and infrastructure updates are the need of the hour. But the government is still focused on spending Rs 2 lakh crore to bail out bankrupt Discoms whereas that amount could have been used to deliver distributed energy and reduce dependence on Discoms for a large part of the country.

The Indian government recognised this potential and the MNRE (Ministry of New and Renewable Energy) launched an ambitious programme in 2010 called JNNSM (Jawaharlal Nehru National Solar Mission) to deploy 22,000 MW of grid-connected solar power by 2020. The programme has seen limited success with phase I meeting its PV targets and phase 2 on the way in the form of 750 MW via the Viability Gap Funding (VGF) programme.

Advertisement
In the initial programme, CSP (Concentrated Solar Power), aka GemaSolar, but without storage, was touted as a replacement to thermal plants and received majority of the allocation but failed to take off significantly, with deadline extensions and penalty waivers being the norm. There are talks to revive this programme and its success will decide whether solar power can be considered as a base load alternative.

Thermal-concentrated sources of energy are optimal for urban and semi-urban areas. However, towns need to reduce dependence on the grid and adopt the German model, which enables local, as well as distributed power, using net-metering.

The MNRE programmes have barely managed to dent the potential of distributed RE, requiring focused attention and financial muscle to enable the nation on its path towards renewable energy. But MNRE has not paid out a large part of the residential subsidies of 30% of capital costs over the past year due to lack of funds, a serious damper, especially for solar on rooftops. The current VGF programme is scheduled to cost the MNRE Rs 2,500 crore and push solar procurement costs down to below Rs 5.5 per KWh, enabling it to compete with conventional energy.

The essence of solar success lies in empowering the distributed 400 million poor who are currently consuming fossil fuel not touched by the power grid and thus reduce India’s CAD (current account deficit), environmental pollution and health concerns. But there lies the irony. The rural/tribal populace pays nearly twice or thrice the rate of power than those living in cities, but has received minimal attention although the impact is the highest to those using fossil fuel and government subsidies in daily life.

Every unit of power generated has the ability to multiply economic growth, especially in rural areas that suffer from energy paucity due to unreliable connections or load shedding. State governments of Tamil Nadu, Kerala and a few other states have already initiated proactive steps by increasing the state subsidies, in addition to subsidies from the central government, and are also looking at replacing grid-connected agricultural equipment with solar-enabled ones.

Advertisement
Solar has the potential to reduce the current energy peak deficit significantly and improve delivery due to its distributed nature, provided it can get the appropriate financial support from the Centre, as well as all the states. The central government continues to think that grid power, with its huge losses, is the solution. But in reality, distributed energy, delivered to every home and the excess pumped into the grid, would result into least amount of losses while reducing energy generation needs.

Over the next few years, solar power will come into its own, both from financial viability and availability perspectives, with exponential growth in distributed solar, coupled with storage, transforming the entire energy spectrum in India. The future of Indian energy segment is here and it is the Sun that will continue to power our economic and energy growth into the next millennium.