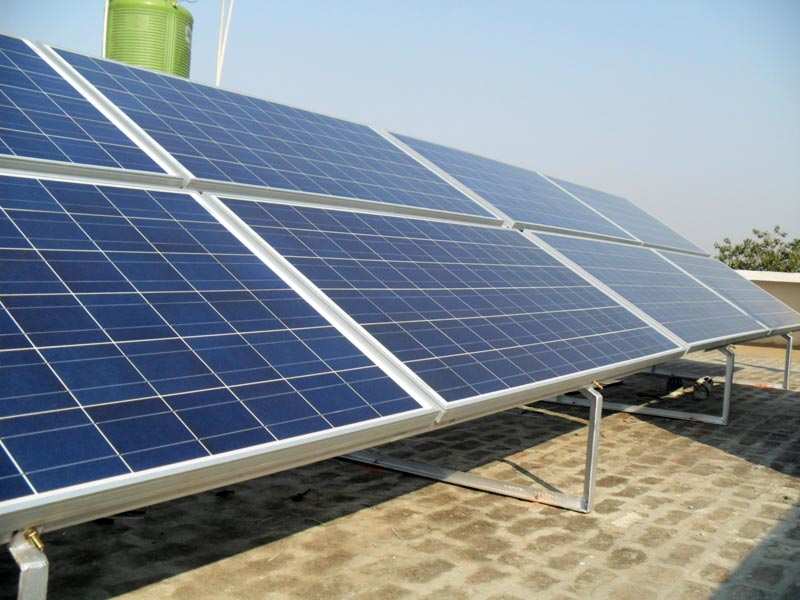 Advertisement
The latest auction for has been won by and with bids of Rs 4.78 per unit, which is higher than the record low of Rs 4.34 set earlier this month.

, which is a subsidiary of Adani Power, and Azure Power India have been allotted equal shares of 50 mw at the same price.

In the last three auctions, winners had quoted lower tariffs. While two of them were for projects that were offered by NTPC in Rajasthan and Andhra Pradesh, the other was for a project that was offered by Solar Energy Corporation of India in Maharashtra.
The Rajasthan bid set a record for being the lowest bid at Rs 4.34 per kWh, while the Maharashtra and Andhra Pradesh ones were Rs 4.41 and Rs 4.63, respectively.

Another difference between these projects is that in UP, developers will have to acquire land for projects, while in Rajasthan and Andhra Pradesh, they will be allotted lands in solar parks.

Advertisement
"The Uttar Pradesh tender was a relatively small one of 100 mw with maximum capacity per bidder of only 50 mw. The tariff for Uttar Pradesh is higher because of the smaller project size and also due to lower solar radiation in the state compared to Andhra Pradesh, Rajasthan or Maharashtra. Adjusted for these factors, the tariffs are as aggressive as we have seen elsewhere. We expect stability in the market in the near future with tariffs staying in the Rs 4.50-4.75 range for central government tenders," Vinay Rustagi, managing director of solar consultancy Bridge to India, told ET.

On the bigger front, India is aggressively expanding its solar power portfolio, which is visible from the plans to add 1 lakh mw of projects to promote green energy. It is also in the forefront of a global push towards green energy.

On Monday itself, Indian Prime Minister Narendra Modi and French President Francois Hollande came together to inaugurate the interim Secretariat of the International Solar Alliance at the (), located in Gurgaon. This solar alliance would bring together 121 countries for green energy projects.