Students of IIM-A are helping this Gujarat village market toilets to tribals, villagers 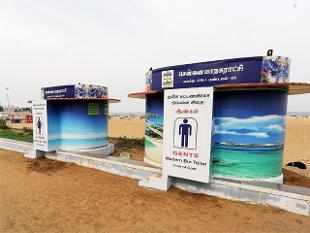 In the last one year, more than 20 teams of students from the Indian Institute of Management, Ahmedabad, have studied and toilet behaviour among people in at least 15 talukas in Gujarat, including Prime Minister Narendra Modi's hometown Vadnagar, and recently submitted a set of suggestions to the state government to reach its '' target and end the practice of open defecation.

The state rural department has accepted most of these recommendations, officials said and thus a large-scale sanitation awareness is in place as of the moment.

Advertisement
ET reviewed a copy of the suggestions made by the students after their three-month field study in 20 villages mostly with a significant proportion of tribal communities.

These include reaching out more to the 'worst violators' — mostly men over 50 who oppose the most; looking at real life stories from countries like Cambodia and Bangladesh that have run successful campaigns against open defecation by getting community leaders to promote hygiene; and conducting 'shameful walks' in villages to show the villagers how defecating in the open causes diseases.

Numbers released by the Centre recently show that Gujarat is one of the top performing states in building Nearly 4,66,918 household toilets were in the state in 2015-16, up from 3,35,762 in the previous year, 1,55,268 in 2013-14, and 1,71,977 in 2012-13. Yet, it is not easy popularising toilets among tribals. The IIM-A teams, for example, observed that toilets are considered as buildian encroachment to 'home space' in some tribal villages.
Advertisement Students have made some interesting suggestions to overcome such hindrances. Instead of 'name and shame', the expert groups have suggested a 'name and fame' campaign wherein people are incentivised to use toilets and honoured for doing so. The teams, along with the state government, have already piloted a 'star house' project in 10 villages where houses with toilets are marked with a star and honoured at the panchayat level.

They have also called for a friendlier campaign that won't bombard people with the same information, but increase involvement of panchayat machinery. They have suggested that the government is more flexible in allowing local customisations and beliefs in the construction of toilets, and have given recommendations to push companies to build toilets as part of their corporate social responsibility.

Next StoryThe Czech Republic is changing its name
Popular on BI
1
A 27-year-old Indian developer bags ₹75 lakh for reporting a critical flaw in ‘Sign in with Apple’
2
SpaceX's new 'Endeavour' spaceship just made history by docking to the International Space Station with 2 NASA astronauts inside
3
Microsoft and Mukesh Ambani's Reliance Jio are already partners in India⁠— but Satya Nadella reportedly wants more
Latest Stories
Trending News
The Czech Republic is changing its name
Italy's most hidden church is in the middle of a cave
Scientists think this enormous crater could be the birthplace of alien life on Mars
COVID-19IndiaCases: 182,143Deaths: 5,164Recovered: 86,984
COVID-19WorldCases: 5.82mnDeaths: 363kRecovered: 2.57mn
COVID-19USACases: 1.70mnDeaths: 100kRecovered: 406k
COVID-19Access our Live Coverage
Popular Categories
Trending Right Now
More from our Partners