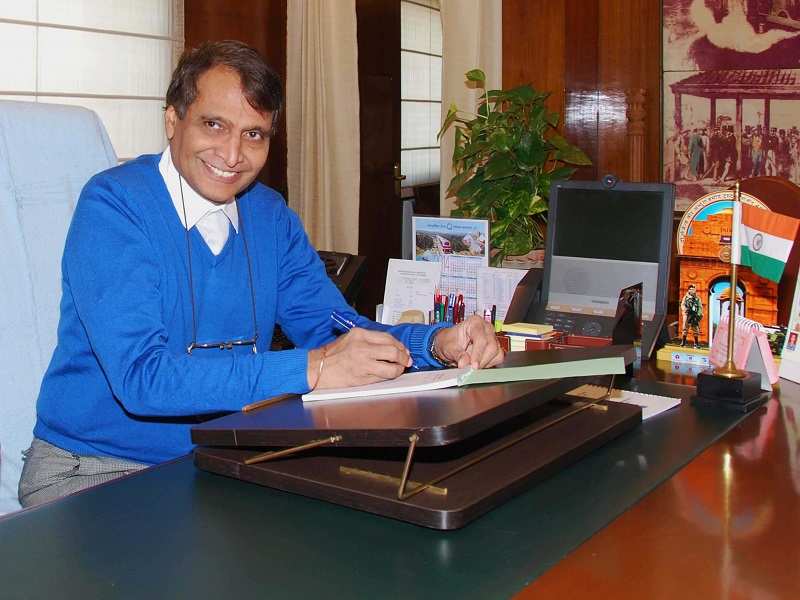 It is his second speech this time, and Railway Minister has said that he is working to fulfill PM Narendra Modi's vision. Modi had said that he wants Railways to be a backbone and lifeline for India.

"This Budget owes its vision to that of PM Modi. We want to improve quality of customer experience, create jobs," Prabhu said.

"This budget will document the transformation of railways. This is not my Budget alone, it represents the aspirations of every member of the railway family and common man," he said.
Advertisement

Before the Railway Budget, he had said, "The Rail Budget we have prepared is in the interest of the nation and railways. It will cater to the needs of all satisfactorily as a lot of effort has gone into its preparation."

In his tenure, almost 1,000 railway stations have been developed as 'Adarsh' stations, with facilities like toilets, drinking water, catering services and waiting rooms.

Next StoryRailway Budget 2016: The 10 numbers that matter the most
Popular on BI
1
Forget vitamins: Fauci says the 3 best things 'to keep your immune system working optimally' cost nothing
2
India’s $50 billion wedding industry is gearing up for a busy winter — business may have shrunk in size but it has not lost its sheen
3
Bill Gates says Elon Musk couldn't be confused with Steve Jobs and that electric cars are 'far easier' than other climate change technology
Latest Stories
Trending News
Railway Budget 2016: The 10 numbers that matter the most
Rail Budget 2016: Suresh Prabhu plans to double investment in railways to Rs 1.2 lakh crore for FY17
Rail Budget 2016: There's going to be a new rule for unreserved train tickets from March 1
Popular Categories
Trending Right Now
More from our Partners