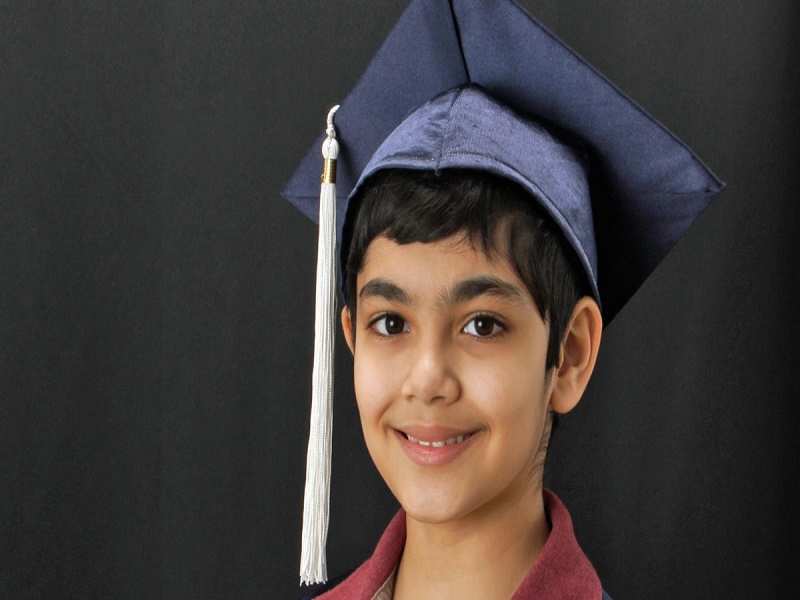 , a 12-year-old Indian-American boy, has been congratulated by President in the past, and that didn’t happen because of winning a spelling or drawing competition of course.

Last year, Abraham became the youngest ever to graduate from a US collage.

Abraham is now looking forward to becoming a doctor by the time he turns 18, and for that, he has already got acceptance from two prestigious university campuses, and he is yet to decide the university in which he will start his higher education.

Abraham, from Sacramento in California, has been accepted to University of California (UC) Davis and received a Regents Scholarship to UC Santa Cruz.

In the past, he has graduated from American River College in California with three associate degrees in Mathematics, Science and Foreign Language Studies, and that too when he was just 11 years of age.