The changing face of the Indian publishing market 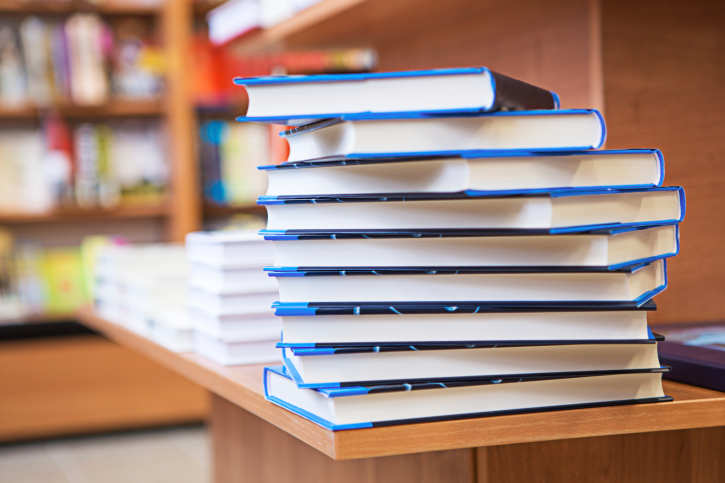 Bring on the , the moon reader, the e-reading devices and all the smartphones that can engage you in some reading; there is something very attractive about the printed book that still makes heads turn in India. So, it is little wonder when the West is suffering a bit of a jolt as far as conventional publishing industry is concerned; India seems to be on good stead.

The publishing industry in India is valued at approximately $2 billion. The millennia old tradition of written texts, good middle class mindsets and simple factor of mobility and affordability with respect to books is what keeps Indian publishing industry surging ahead year after year.

Book launch events today are much more than a dry, arid affair attended by few readers and fewer friends. Those events today have turned glamourous, sometimes even with a celebrity around, and thus making the whole thing a jazzy do. Event promotions have also raised themselves to altogether another level!

Advertisement
What makes it tick? As per Amazon, India has a rich tradition of storytelling that naturally evolves into some sort of interest in reading. Exposure to international literature, growing literacy rates, and increase in the number of literary events at state and national level make Indian publishing industry among those countries which have stayed excited about the days ahead.

With 600 living languages in India and officially about 2,000 languages still being spoken among large communities, India is an important, competitive, and highly vibrant market.

Prominent publishers
Some of the leading publishers in India include British Publishing Companies such as Penguin, Macmillan, Oxford University Press, Cambridge University Press; along with Hachette, Random House, HarperCollins and Rupa. In the recent times, we saw Penguin and Random House merging, and the impact of this is yet to be understood.
Advertisement

Conventional publishing of ‘bound book’ apart, Flipkart and Amazon have really turned things around for Indian publishing scenario. The market is still in growth mode, and there is enough space for local and international players too. Amazon and Flipkart are trying to outdo each other in the services getting innovative ideas to keep themselves ahead of the other one. The end result: a vibrant future for publishing industry with growing reader base, increased number of authors and books easily available through various means. In some cities, it is possible to get a book right on the day of ordering, and how exciting can that get.

Challenges for publishers
With things getting this exciting, it is understood that the book publishing is bound to turn out into a challenge for the publishers. Soon, e-book with also catch up with bound books. The premonition for this can be got from the fact that e-publisher such as Aleph, raised the royalty for their writers in the recent times.

Advertisement
But, does that mean we are taxiing on the runway and take off into some exciting times ahead?

1. It’s a crowded market both ways
There was a time when there were premium publishing houses, and there were more writers who were waiting to be published by them. It was a matter of prestige, both ways. But today, the matter has undergone a serious democratisation process. There are publishers who call the shots, and the writers have also found alternate means of getting themselves out in the market.

2. Literary agents have it tough
Advertisement
In the era of digital revolution, how does one recognize a writer from none? There have been instances where agents have chased a book, and its writer only to know the person’s manuscript has been rejected by the agencies he/she had approached. Money is slimy too, with rates not reaching a standard understanding anywhere.

3. It’s urban, it’s urbane
The publishing industry is majorly concentrated on urban areas given the fact that cosmos and metros are interdependent on each other for education, fine arts and literature with mostly cosmos living it up and metros aspiring to get there. But, an industry that is growing well into the future may want to spread its resources and understand the importance of branching into local languages, keeping in mind the majority of population that could be potential readers and are yet to be tapped.

4. Soft subjects to serious ones?
Advertisement
This is surely a problem that can be called a ‘Chetan Bhagat’. You have an IIT graduate who is doling out some of the fluffiest romances or even inanity in the name of literature and thus, setting standards for the future of writers. While, small time yet really serious writers such as Amandeep Sandhu or Vikram Sampat who aim to turn international as well as local at the same time, have an edge over average readers. But really, in some sense, it is understood that Sandhus and Sampats can have less readers than average readers that Bhagat has. Intelligence is truly a premium in India.

5. Agents Vs No Agents
With self publishing having gained validity, the question really is about whether an author thinks an agent is a person worthy of meeting up or moving on with vanity publishing. In more ways than one, today India is definitely moving towards the future. Whatever the author decides today, and whenever he arrives at a decision, the deal is more or less done as far as self publishing is concerned. In that sense, an agent may soon turn redundant owing to all the hard work involved in his job, and also the diminishing importance.