The man of the hour: All you need to know about Ankit Fadia 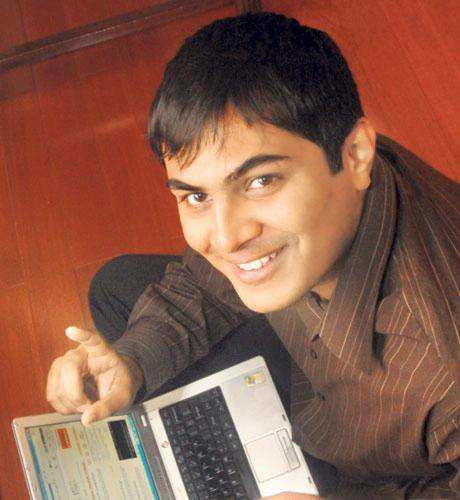 The existence of Ankit Fadia dawned on us when he burst into our TV screens in October 2009 on MTV, a channel that had at the time stopped prioritizing the ‘M’ in its TV but oddly enjoyed a throne of popularity in the hearts of every teenager.

The 10 minute show was called ‘MTV !’ and was developed by Fadia himself. It starred him and VJ Jose and comprised Fadia dishing out ‘informative tips, trick s and cheat codes that would make one’s life on the World Wide Web much simpler and easier.

The show had a good run for two years, ending in 2009. A lot of people, including me heaved a sigh and were of the opinion that it’d be the last we hear of Fadia.

But, that wasn’t it for him.

Over the past few days, we’ve heard Ankita Fadia’s name everywhere- be it on social media, newspapers or even from the government.
It all started when Fadia tweeted that he was appointed as a brand ambassador for Prime Minister Narendra Modi’s pet project ‘Digital India’, to which Facebook CEO Mark Zuckerberg also pledged his support.

Amid an uproar over the authenticity of Fadia’s credentials, the government was hasty to issue a statement that it hasn’t appointed any ambassadors yet. A few hours later, the statement was taken off, with the government finally acknowledging that Fadia was indeed appointed as one of the brand ambassadors for , along with three others, way back in July.

While the debate continues over whether Fadia’s appointment was deserved or not, we at Business Insider present to you everything you need to know about .

· All of thirty years, Ankita Fadia describes himself as an Indian charlatan, author, speaker and self-proclaimed , His claim-to-fame was the show ‘MTV, What The Hack!’

· At the age of 15, Fadia wrote his first book on ethical hacking which made the youngest author to be published by MacMillan India. After the success of that book, he wrote a host of other books on hacking and cyber-security, all of which have sold over 25 million copies and have been bestsellers.

· Following the popularity of his books, he he started providing his own computer security courses, including the "Ankit Fadia Certified Ethical Hacker" programme in alliance with Reliance World for which one had to pay a hefty amount of Rs 12,000. Soon IMT Ghaziabad also approached him to organize its one-year Post-Graduate diploma in Cyber-Security.

· Fadia has also received a lot of backlash and has been accused of plagarising content for his books and codes. He’s denied all of them.

· He has also made a host of other claims, starting from the fact that he had defaced the website of CHIP magazine to claiming that he had infiltrated a group of hackers and stated that the Pakistani intelligence agencies were paying "Westerners" to deface Indian websites with anti-India or pro-Pakistan content. None of his claims have been verified.

· In a case of irony, his own website has been hacked several times, with the hackers asking him to change his profession and get back to farming.