These are the main obstacles inhibiting healthcare access in India 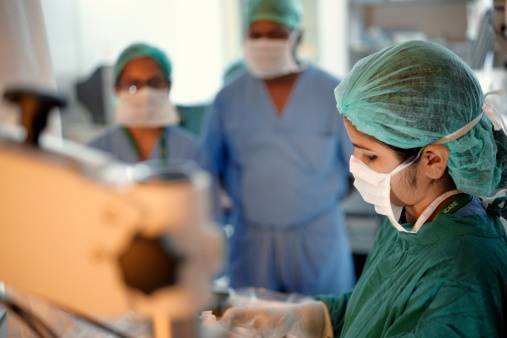 Goal 3 of the Sustainable Development Goals of the UN seeks to ‘ensure healthy lives and promote well-being for all at all ages’. As we approach the one-year anniversary of the adoption of SDG’s it is important to see and discuss some of the challenges that were highlighted by the UN during the adoption of the SDG’s. To achieve the overarching goals several targets have been set.

These targets aim to address issues like health care access and help people lead healthy and productive lives. access is a challenge across the world and people not having access to even basic health services are estimated to be 400 million according to a 2015 joint report by WHO and . Most of these people reside in developing countries, which have several access barriers.

TOP VIDEOS FOR YOU
The India Council on Competitiveness roundtable on Healthcare was conducted to understand the challenges of healthcare access in developing countries like India that must be addressed in order to make progress on the Sustainable Development Goals.

Advertisement
The following broad points emerged as the main obstacles inhibiting healthcare access:
1. Innovation-Promoting incentives for investment in research and development in new treatments and medicines that will address significant unmet healthcare needs in Indian patients.

2. Financial Barriers-In India, the government spending as a percentage of GDP is one of the least in the world. The problem exaggerates due to a federal polity structure with health being a state subject. Often the budgets earmarked for healthcare spending by the central government are not utilized fully due to bottlenecks in the system, and this raises questions about the system of governance employed in healthcare expenditure. Also, due to low spending as a percentage of GDP by the government, people end up spending from their own pockets and some even end up being impoverished. The problem is further accentuated by low insurance penetration in India.

3. Physical Barriers and Efficiency-In the three-tiered healthcare structure in India people often have to travel from a rural area to a hospital in semi-urban areas for anything beyond basic health services. The public healthcare capacity is not able to cater to this demand at times, and therefore people seek solutions from private healthcare providers. Private healthcare providers range from efficient and competent doctors and administrators at one of the spectrum to ‘quacks’ at the other end. The delivery process can be made more efficient with solutions like telemedicine, but these require trained personnel and people and therefore capacity building at all levels especially at the rural level is a must.
Advertisement

4. Infrastructure-A large proportion of healthcare facility is outsourced to the private healthcare. The best ones in the healthcare delivery chain are often expensive, and healthcare costs play an important role for people in accessing these. Many people are left out as they cannot afford the expenses of a quality private healthcare delivery. In spite of this, a majority of healthcare capacity addition in India regarding hospital beds has been added by the private sector in the past ten years. In spite of this India is low on both hospital beds and number of doctors when compared to global peers and WHO norms.

5. Awareness Challenges-Often there is no knowledge of the patient ailments, and even the providers of medicines do not inform the patient groups of the drugs that are being produced for treatment of specific patient groups. There is a problem of counterfeiting and tracking and tracing these and sharing this information with patient groups could help improve healthcare access and availability to citizens.

6. Human Resource Challenges-The doctors and healthcare professionals in different parts of India are often stretched in terms of time and effort in performing their duties. The health care workers particularly are not very well trained in rural and semi-urban and even urban areas. Skilling is a major challenge which results in inadequate access to healthcare delivery. Skilling of staff especially those in PHC’s can play a vital role in improving healthcare delivery to ordinary people.
Advertisement

7. Regulatory Regime and Distortions-The health care market is uniquely vulnerable to failures and distortions, requiring a distinct approach to its stewardship, to protect the entitlements of citizens, improve fair competition, ensure accountability and manage the needs of stakeholders. Often there is a regulatory capture of institutions by vested groups, leading to ineffective and corrupt governance. Further, laws and regulations are not always designed and implemented in a way that facilitates better access to health care. A strengthened system of stewardship and regulation, responsive to the needs of different health system actors, and with the concerted goal of improving access to quality and accountable health services, is required.

8. Citizen engagement and mobilization: Service users and communities have not had adequate opportunities to protect their own interests, and play a role in planning and overseeing health services. Alongside supply side interventions, it is also critical to mobilise communities and service user groups to demand improvement and accountability of existing health services, and better access to qualified health care. This approach requiring work across sectors and the improvement of mechanisms of local self-governance, is a proven approach in different rural and urban contexts.

(The article is co-authored with Sankalp Sharma. Amit Kapoor is Honorary Chairman, Institute for Competitiveness, India and can be contacted at amit.kapoor@competitiveness.in).
NewsletterSIMPLY PUT - where we join the dots to inform and inspire you. Sign up for a weekly brief collating many news items into one untangled thought delivered straight to your mailbox.
CAPTCHA: