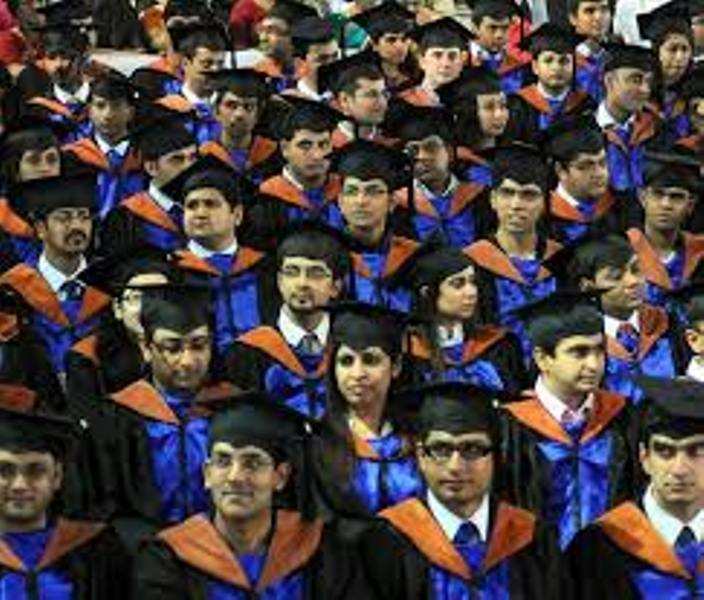 We are all familiar with the challenges for in India. Not enough capacity – the danger that we will not be able to cope with sheer numbers and provide direly needed education to the majority of our young in the years to come, turning our so called into a disaster. Very poor quality – our existing institutions are in decline and the quality of new institutions are generally sub-par. Obsession with specialisation – in a society hankering for employment the emphasis on studying engineering, management, law, medicine, commerce, etc., is creating legions of trained manpower rather than problem-solvers and leaders. The government is making tremendous efforts to expand capacity by creating greenfield institutions, but there is only so much the government can do. It needs to be given a leg up by the private sector, but deplorably the regulatory remains constraining even for legitimate private players to set up institutions – most private institutions tend to be perceived as money-making rackets, with little or no concern for their students. In this context, much has been written and said about how to solve India’s higher education mess. Let me suggest three ideas that could radically change our country’s trajectory. While these ideas may seem far-fetched, I believe we, other than any country, have the opportunity to innovate in higher education and, in fact, have no choice but to do so.
Advertisement

Creating SedZs
Creating Zones (SedZs) akin to the industrial Special economic Zones (SeZs) can transform access to and the quality of higher education in this country. every year hundreds of thousands of our bright young students have no choice but to go abroad for higher studies. They spend billions of dollars and thousands of crores to get this education. What is worse, a simple demand-supply analysis of higher education suggests that these numbers will continue to grow, and grow exponentially. We are, in effect, outsourcing higher education to the US, UK, Australia and . Recently, one of my employees sent her son to study dentistry in even though she could ill-afford it. The new craze is “twinning programmes” where you study in an Indian university for 2 years and then complete your graduation and get a degree in the foreign university. and are ostensibly building education hubs for Asia, but the reality is that it is Indian students hungry for a good education who are swarming new institutions in these locations. The tragedy is that home-grown public and private institutions are now setting up campuses in neighbouring and far-away foreign locations to escape overpowering local regulatory constraints. In effect, even though we can ill-afford to, as a country, we are outsourcing, and increasingly so, our higher education to the west. Given that both the supply of students and the demand for college graduates are right here in India, why not replicate the “overseas and higher-quality” experience in India by creating SedZs along the lines of the manufacturing SeZs. Interestingly, the concept of SeZs for education first seemed to have surfaced in 2004. In a then oped, the P.P. Prabhu had made a case vigorously for SedZs saying, “The Special education Zone (SedZ) institution should be treated as though it is deemed to have been established in a foreign enclave, and, therefore, freed from all domestic controls and restrictions. An SedZ institution...should not be required to seek any approvals for its courses; it would need to be allowed to charge any fees, follow its own admission criteria and award its own degrees, and so on. However, if an SedZ institution wants recognition of its degrees and diplomas in our country, it would be required to meet the standards and conditions of affiliation and recognition.”

Leveraging surplus land in existing institutions
Advertisement
I have recently been part of an effort to build a new private university in India. With our poor infrastructure it is impossible to build a high-quality institution away from a large urban centre in India. Faculty are unwilling to teach and live in a place that does not offer employment opportunities for their spouses and an excellent school for their children.
A case in point are the new IITs and IIMs, several of which, established in far-flung areas of the country on vast tracts of land in isolated settings, are struggling to attract faculty for the lack of adequate social infrastructure around their campuses. Clearly, for new institutions, urban or suburban locations make most sense. Urban and suburban locations make sense also because of the emerging trend of inner-city university campuses that are tightly integrated with their host cities. As , full and urban design at Norwegian university of Science and Technology points out, “worldwide, universities and their host cities are evolving into ‘knowledge cities’.” She and others in the field argue that the erstwhile ideal of a mono-functional and isolated greenfield campus removed from the city, providing academics and students the distance to reflect on humanity, is fast becoming obsolete in the context of modern knowledge societies, and is giving way instead to open campuses that share a close relationship with their host city. In fact, when seen today many of the top 50 universities of the world – for instance, , LSE, and TU Berlin to name a few – are embedded in such ‘knowledge ecosystems’ enabling them to perform better. However, the model demands tracts of centrally located urban or semi-urban land that are increasingly hard to come by and come at exorbitant prices. For a new university to incur the high cost of land acquisition in its early stages is crippling – most new institutions end up investing large amounts in even before they get started, unless they get subsidized and free land from the Government. Even so, most urban centres do not have unutilised land that the Government can allot for higher education. By contrast several central universities and institutes have vast tracts of land within urban areas that are underutilised. As an example, the (JNU) in Delhi has a 1000-acre campus that is largely unused. has a 2000-acre campus. Why not allow new institutions to co-build and co-habit campuses for a fee and ensure more efficient utilisation of scarce and precious space. The “rentals” for the land will help supplement and improve the of existing institutions and not needing to spend their initial capital on land acquisition will help the new institution, in addition to giving them an attractive location to launch from. At the very least, the government should expand capacity and diversify areas of study in its central and public universities and institutes of national importance situated in central urban locations and built on vast tracts of land.

(The , Pramath Raj Sinha, is 9.9 Media. He has also served as the founding of the . This article was contributed to Thinkers, a quarterly thought leadership magazine that features the brightest thinkers in the areas of economics and governance, philosophy and literature, science and technology, and management. To learn more about the magazine, please visit: www.thinkers.in )
NewsletterSIMPLY PUT - where we join the dots to inform and inspire you. Sign up for a weekly brief collating many news items into one untangled thought delivered straight to your mailbox.
CAPTCHA: