This Indian couple got married 600-feet above valley, mid-air

Bizarre it may sound but it is true; an Indian couple from Maharashtra got married hanging over a 600-feet valley, mid-air.

Jaideep Jadhav, 30, and his bride Reshma Patil tied nuptial knot in a unique manner in the Western Ghats.

Jadhav, who is a mountaineer and also works from a pharmaceutical company, wanted to create awareness about adventure sports.

“The courageous couple decided to make their marriage a live example,” said their mentor Vinod Kamboj, President of Western Mountain Sports, Kolhapur, who organised the wedding.

The marriage took place between the 3,000-feet tall peaks of Vishalgadh and Panhala, which is indeed picturesque.

"While Jadhav was all prepared for the 'hanging' nuptials, his bride-to-be Reshma -- a first-timer for any such 'high-flying' adventure, had no hang-ups and joined enthusiastically, albeit a bit nervously," Kamboj told IANS. 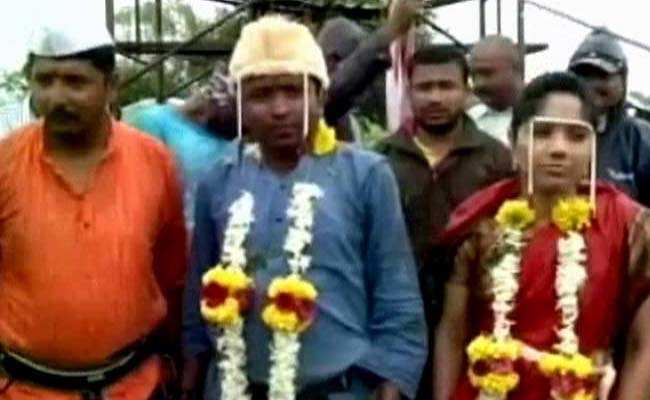 Well, apart from the couple, there was another man who was hanging by the rope-the priest.

The priest joined the couple mid-air and married off the couple with proper rituals.

The entire process -- from the time they were tied to the ropes, went through the wedding rituals mid-air and alighted -- took around 40 minutes, Kamboj told IANS.