This is how the wealthy Indian is travelling now 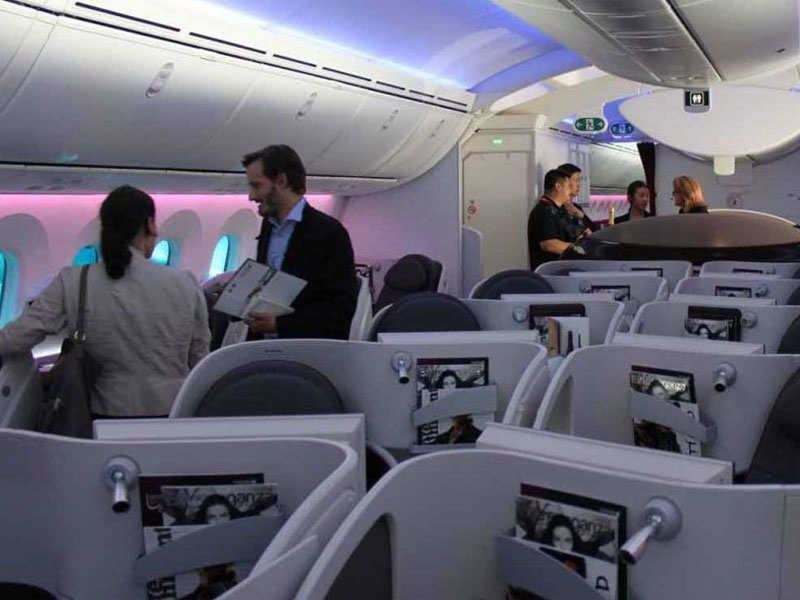 As the corporate activity in India is increasing and the country’s economy is also growing, are getting wealthy too. With the change in their status symbol, another thing that is changing is flying habits.

Now, more are buying on . This is also because people working in corporates want the best treatment and opt for business class.

Also, more Indians are also who want to spend their five to nine-hour flight in business class.

As per MakeMyTrip, business class bookings on foreign carriers increased by 37 per cent to 88 per cent year-on-year every month from January to August.

Advertisement
In a bid to tap on the travelling trends, many international flights have cut down their fares up 24%. Whereas, the Indian counterparts have increased fares between 19% and 59%.

Also, Indians do not prefer business class while flying domestic as they do not spend much on a two-three hour flight.

Next StoryThese are the world’s most instagrammed airports
Popular on BI
1
China's military has become one of the world's most powerful, but the US still has one big advantage
2
A group of vultures is called a venue. See if you can guess these other surprising names for groups of animals.
3
Russia claims world’s first COVID-19 vaccine after successful clinical trials
Latest Stories
Trending News
These are the world’s most instagrammed airports
I lived the ancient Ayurvedic life for a week and here’s how it benefited me
A cave near Lonavla that will make you skip a heartbeat
COVID-19IndiaCases: 906kDeaths: 23.7kRecovered: 571k
COVID-19WorldCases: 12.76MDeaths: 566kRecovered: 7.22M
COVID-19USACases: 3.22MDeaths: 134kRecovered: 1.03M
COVID-19Access our Live Coverage
Popular Categories
Trending Right Now
More from our Partners