This viral video showing IIT Kharagpur Games of Thrones-style is a masterpiece, and its maker hasn't seen GoT even once 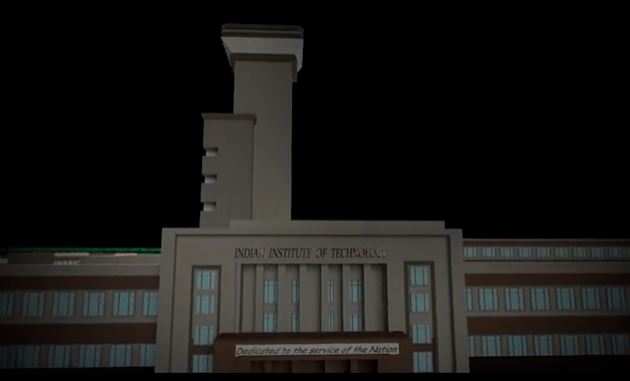 A video showing the sprawling in a different way - the ‘Games of Thrones style’ - has got netizens raving about it since last week, when it was first posted on YouTube.
Advertisement

The perfect animation that lets you take a tour of the beautiful Kharagpur campus has been overlaid with the opening track.

This fictional masterpiece is the brainchild of - a second year student studying Ocean Engineering and Naval architecture at IIT Kharagpur. What’s interesting, however, is that this lad has not seen a single episode of the Games of Thrones series yet.

Ask him then, how he managed to replicate the essence of the fantasy drama TV series so well in his video and Srivastava says he came up with the idea because he loves the original GoT track. He adds: “Actually the video is also the outcome of the zeal and love that he and every KGPian has for their campus.”

The video made using free softwares now has over 18,000 views already.

Advertisement
“It took me 12 days to produce the final video, and I used Blender and Adobe Premier Pro for designing and animation,” Srivastava says.

Overwhelmed with the sudden praises this boy has got, he tells us, “I had my vacations. So, I decided implement this idea using my free time. I honestly didn't expect this response, but the reactions in campus are awesome.”

If you haven't got a chance to view his video yet, check it out because it is definitely the most creative thing you will come across today:


And you can compare it to the original GoT video if you haven't seen it yet: