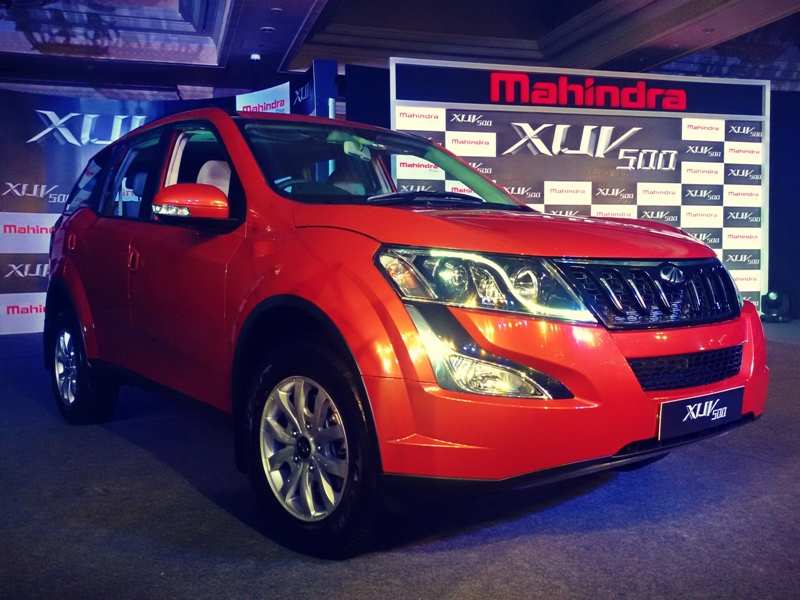 has launched the New Age in India today. It promises to be one of the best and most value for money SUVs in the country.

Mahindra plans to cement its place in the Indian market with the recent launch. Whether the new XUV500 will live up to the expectations of its manufacturers, that’s for the buyers to decide.

Here is a compilation of what we think are the top 5 attributes of the new car. It will surely help you judge better. Advertisement
C heetah DNA intact
Mahindra has stuck to its initial Cheetah inspired exterior s. That means no monumental surprises on the design front. Here are some of the new tweaks.

Swanky new features Advertisement The XUV500 truly pushes it’s boundaries in this one. It now offers an electrically adjustable sunroof, first in class logo projection lamps, and a host of other features that buyers would love to dig in.

New interiors
The major revamp in this front is the black-beige interior in place of the earlier unusual black-crimson styling. The subdued colours would appeal to a larger target audience. Advertisement
· Black and Beige interior with Icy blue lounge lighting
· 6-way Power adjustable Driver’s seat
· 7 inch touchscreen infotainment with GPS

Engine stays the same:
The XUV500 facelift is expected to continue with the same 2.2-liter four-cylinder m-Hawk diesel engine. However, the current version has been tweaked for improved torque, fuel efficiency and drive train ratios. It also features a new Brake Energy Regeneration system.

New colors: Advertisement The New Age XUV500 would be available in two new colours - Sunset Orange and Pearl White. This brings the total number to 5 colors in select variants.