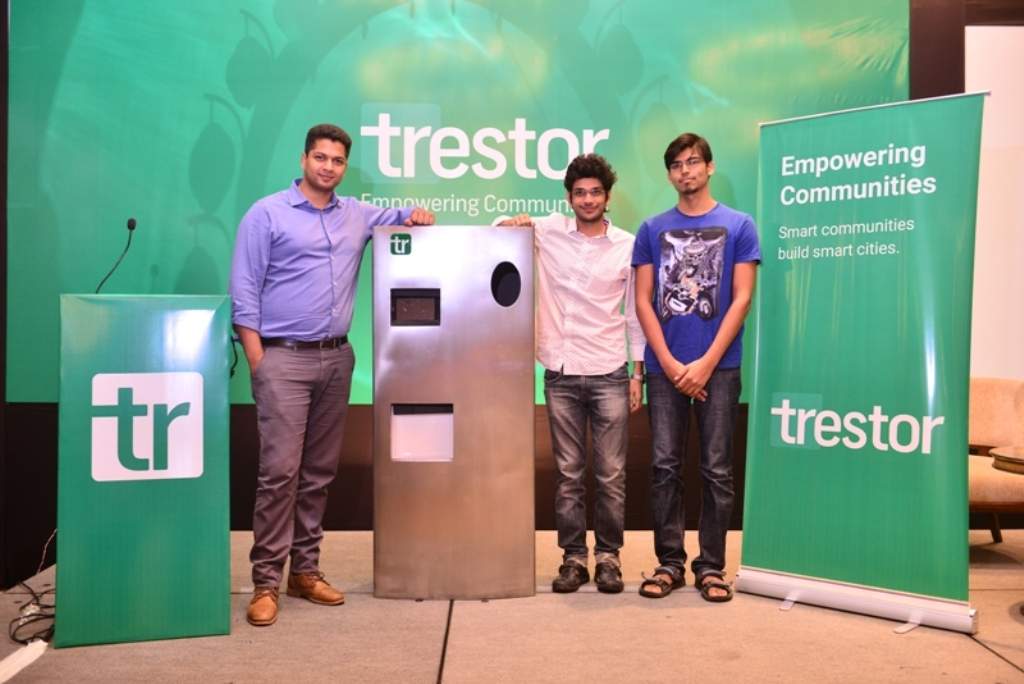 It was in October 2, 2015 that the government started the Swachh Bharat Abhiyaan or Clean India Mission. It is 2016 and yet Clean India is far from reaching its vision. The problem is with our mindset. Hence, in collaboration with some students created Swachh Machine to incentivise people to participate in the mission. It is every bit as clever as it sounds!

The idea: for every recyclable waste item one puts inside the machine, they will be rewarded with a digital value token called ‘trest’, which can be exchanged for 300 ml of clean drinking water. At a time when the city of Mumbai is heading towards a drought like situation, this comes as a boon.

“Through our , we intend to inculcate a culture of cleanliness among the people of Mumbai,” said Kunal Dixit, founder of Trestor, a startup that is using the concept of bitcoin to connect the community.
Advertisement

You do not need a smartphone to receive the token, you can also take a printout of it and use it. It has been installed at IIT Bombay and the results have been remarkable.

“The aim is to install it in every available public space like railway stations, bus stops, roadsides etc. We target to install 5000 machines every month by the end of 2016,” said Kunal.

The machine has 3 compartments, one for bottles, one for cans and one for things which are not bottles or cans. The machine detects the waste and generates token. Though one can put non-recyclable waste too in it, one does not get any trest in return. The machine reduces the waste to one-sixth of its size. When it reaches 80% of its capacity, it sends an SMS or a voice note to the administrator.
Advertisement

The starting cost of one machine is Rs. 50,000. The price can go as high as Rs. 1 lakh depending on the customisation one needs.
NewsletterSIMPLY PUT - where we join the dots to inform and inspire you. Sign up for a weekly brief collating many news items into one untangled thought delivered straight to your mailbox.
CAPTCHA:

Next StoryLe Eco Day concludes successfully with overwhelming response from consumers
Advertisement
Popular on BI
1
Microsoft board members opened investigation into Bill Gates after a staffer said the pair had engaged in a sexual relationship, report says
2
Astonishing footage filmed by a plane passenger shows Hamas rockets being intercepted mid-air by Israel's Iron Dome
3
Bill Gates crafted a public image as a likable, nerdy do-gooder. Office affairs, 'uncomfortable' workplace behavior, and Epstein ties reveal cracks in his facade.
Latest Stories
Trending News
Buying Guides
Advertisement
Advertisement
Le Eco Day concludes successfully with overwhelming response from consumers
The NoPhone: This (fake) smartphone does absolutely nothing and people are still buying it
WhatsApp encryption has given a headache to probing agencies but there is a way out to piece information
Popular Categories
Trending Right Now