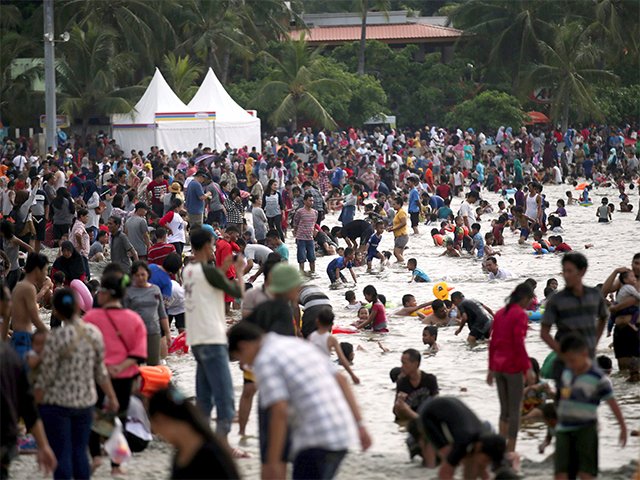 Today is World’s Population Day and everyone around the world is pouring their wisdom and intellect in how we can control population and what are the reasons behind the surge.

This World Population Day’s theme is-‘Investing in Teenage Girls’, which is subject of grave concern.

World over, teenage girls face a number of challenges such as early marriage and motherhood. Many teenage girls are forced to drop out of schools and are marginalised.

Advertisement
To bring these challenges to zilch, UNFPA has been running a series of programmes that aim to end child marriage, curb adolescent pregnancy, and to empower girls to make informed choices about their health and lives.

In 2015 alone, UNFPA programmes helped 11.2 million girls between ages 10 and 19 gain access to sexual and reproductive health services and information.

Information is pouring on Twitter on what changes should be brought in the society and the system that they invest in teenage girls.

Advertisement
In India too, the population is on the rise. We are already 1.2 billion and Twitter knows why. Here are some Tweets that make sense


#WorldPopulationDay All we do is eat,sleep n grow, do v celebrate dis day or regret? PS: By d time u read dis tweet, we have increased more!


#WorldPopulationDay? Err, I'm sure this trend is more apt for #Mumbai and its #LocalTrains. Been there, done that, and somehow survived. :P


In developing countries, 1 in every 3 girls is married before reaching age 18. -@UNFPA #WorldPopulationDay

Unsolicited advice for Indians from me : USE CONDOMS.


Thousands of orphan babies around the globe, why not give them a life than reproducing more lives.
Save the planet! #WorldPopulationDay

Next Story10 tips for managing a high-intensity workplace
Advertisement
Popular on BI
1
OPINION: “I would bet on Novovax,” a doctor’s take on how to make the COVID-19 vaccine jabs more effective
2
If you are 18 years or older, you can get a COVID-19 vaccine from May 1
3
Mike Lindell's social-media site, Frank, is plagued by issues making it impossible to sign up on Monday morning
Latest Stories
Trending News
Buying Guides
Advertisement
Advertisement
10 tips for managing a high-intensity workplace
Ignore the haters - the new 'Ghostbusters' is a hilarious summer comedy in its own right
'The Secret Life of Pets' has record-breaking opening at the box office
Popular Categories
Trending Right Now
More from our Partners