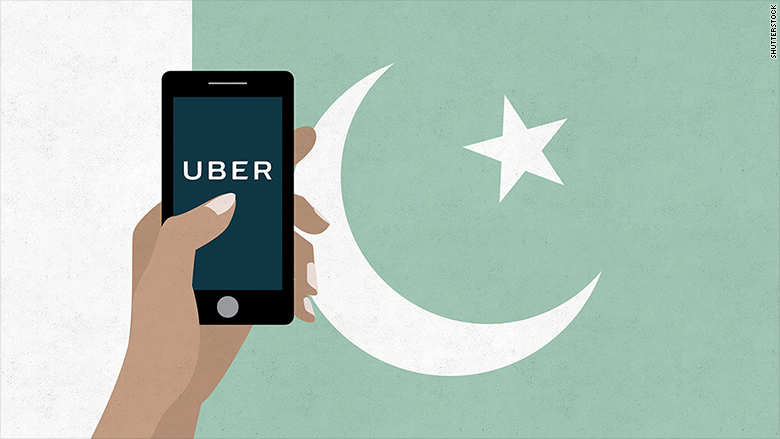 Last month, Uber, one of the most popular taxi-hailing apps officially launched its services in Pakistan at Rs 13.7 per km. While the base-fare remained at Rs 100, the company has kept the per-minute charges at Rs 3.7.

As of the moment, the Uber services can be availed all over Lahore and the company intends to make them available in Karachi and Islamabad over the next few months.

While, Pakistanis in general have taken to Uber in a big way already, however they're not the only one reaping benefits of the company’s expansion in the country.
Advertisement

According to figures that were made public last week, these drivers have earned an average monthly income of Rs 100,000 in this short period.

All this in just a month.

Map of #Uber trips in the first month in #Lahore. Lahoris lapping up tech; top Uber driver made around Rs.130,000. pic.twitter.com/0QgW2urm82


He also tweeted a map of all the trips that Uber made in its first month in Lahore.

An Uber spokesperson confirmed the fact, saying “There is a driver who successfully maxed out our income charts by making around Rs 130,000 in only 30 days, which is impressive.”
Advertisement

One reason of their high earnings could be the fact that at the moment Uber has a relatively less number of cabs plying in the city- and as has been noticed, the demand for an Uber is unbearably high. This trend could well wear drown once Uber increases its fleet in Lahore.

Presently, Uber has started out with 100 drivers/cabs in Lahore and is offering its UberGo vehicles in Pakistan which include Suzuki Swifts, Toyota Vitz, Toyota Corollas and Honda Civic among others. There is also the economical Uber Pool that allows two or more people to share a ride and split the fare.

The company aims to offer luxurious cars under UberBlack and UberLUX later.
Advertisement