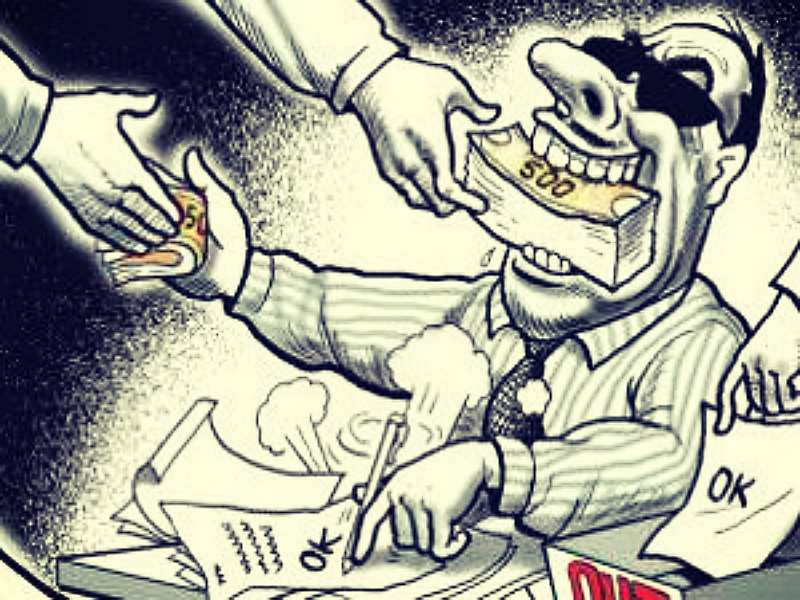 Advertisement
Corruption has been at the forefront of political debate in the country for quite some time now. In the past, the previous Union government had been involved in the several scams which resulted in its worst electoral performance since independence. became so endemic that a social movement emerged out of it, some members of which now are par of the ruling government in Delhi. With the recent allegations of corruption against the present the issue has again been under the media spotlight. It also resulted in a complete washout of the monsoon session of the parliament. While this problem is no way a problem of the Indian state and it is broadly speaking a problem in every part of the world, it is imperative to look at the problem from a wider perspective. It includes acknowledging that the problem deals with ethical, psychological, social, economic and legal issues and not just India's political processes.

At a moral and ethical level, the term corruption implies impairment of moral integrity or virtue. Transparency International, an anti-corruption watchdog, defines it as 'the abuse of entrusted power for private gain.'

At a social level corruption can be seen as either petty or large. Another pertinent question at the social and psychological level is why does corruption occur? The answer may be because of a need to get things done quickly (speed money) in a bureaucratic society. Also, sometimes it arises because it has become ingrained in the institutional processes (Think of the money given for registering a property). It may also arise due be the fact that the economic cost of paying a bribe may be lesser than the actual fine/tax. (Think of motor vehicle challans that one gets away with a payment of 50-100 Rs. to the traffic police). Corruption often manifests itself in various ways. The problem of corruption at the institutional level is that it often percolates at the retail level, and that is why it is imperative to have people who believe in transparency and accountability at the highest levels.

There exists a linkage between corruption and capital flight. The recent December 2014 report by Global Financial Integrity (GFI), a research organization based out of Washington, talks about illicit financial outflows from developing countries. Their estimates suggest that India had the fourth highest cumulative outflows from a period of 2003-12. India’s outflows were 439 billion USD, compared to 1.252 trillion USD for China, 973 billion USD for Russian Federation, and 217 billion USD for Brazil. These outflows represent the lost capital and investment, which could have been utilized for growth and competitiveness within these economies.

Corruption can be tackled only when there is trust in the society and its institutions and when there is a based society. The rule of law ensures stability and enforcement of laws and predictable changes in policy. It acts as a powerful deterrent to future criminals by making them aware of the consequences of their actions and is thus an active force in limiting crime and corruption in any society. It also is promises stable and near corruption-free society to people living in such a state. Rule of law and reduction in corruption go hand in hand. If proper rule of law is ensured, corruption will fall. However, it is easier said than done. There are ways to deal with the issue of strengthening rule of law and weakening corruption. One is that the state should strengthen the system of “checks and balances” where most if not all the people are accountable. The second is ensuring that people choose the right leaders who are morally upright. Both these are interrelated. The need is also to respect and trust institutional processes and the legal system to ensure a rule of law society.
Advertisement

Till India looks at corruption from a political viewpoint, it will be difficult to ensure rule of law and reduce the stranglehold of corruption. Much in the future will depend on upright individuals and institutional processes which incentivize non-corrupt behaviour and penalize those wanting to get away with the abuse of power. Transparency and accountability will have to become a norm if developing economies like India want to sustain economic growth and enhance their competitiveness.