Union Budget 2016: Angel investors make key recommendations to the Modi govt, here's what they are 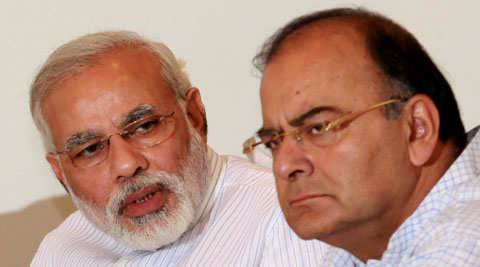 With D-Day approaching fast, the startup industry is eagerly speculating how well the Narendra-Modi led government will adopt and accommodate start-up friendly policies and initiatives in the upcoming Budget.

A lot of expectations are riding on Arun Jaitley’s back. As he inches closer to February 29, here are crucial recommendations of the Indian Angel Network, country's oldest and largest angel investor group, to the “pro-business” government before the Finance Minister finally unveils their startup plan.

“We hope this budget would end one anomaly - treating unfavourably investments by AIFs and Angel Groups in unlisted companies. Currently investors of such companies pay a much higher tax on capital gains while taking a far higher risk as compared to publicly traded shares. We do expect that capital gains tax for AIF funds and angel group investors will be aligned to the current tax regime for investments made in listed shares,” says Mrs Padmaja Ruparel, President, Indian Angel Network.
Advertisement Meanwhile, Mr Saurabh Srivastava, who is the past chairman of , and is currently on the executive committee of and the co-founder of Indian Angel Network, shared with Business Insider detailed recommendations for Finance Minister ahead of the D-Day.

He says: “The Startup India announcement was a great start. We are hoping that the budget would introduce the necessary measures to take it forward like Exemption for Start ups, Process of defining and identifying start ups, Establishment of the Credit Guarantee Fund, Waiver of compliances/ Self Certification and Creation of the Rs 10,000 Cr provision for Funds of Funds activity.”

He also said: “We also hope that the government would end one anomaly and that is of treating unfavourably investments by AIFs and Angel Groups in unlisted companies.”

“These investments in unlisted companies take more risks, are illiquid and create new ventures. They should be treated more favourably or at least on par with trading shares on the stock exchange.
This should be allowed at least for investments made by SEBI registered, widely held AIF Category 1 and Angel Funds. The AIFs can collect STT like stock exchanges on such transactions,” he adds.

Highlighting the advantages of this, Mr Srivastava says, “this will end the discrimination against domestic funds ( AIFs) as foreign funds anyway pay no capital gains tax by investing from Mauritius and other treaty friendly countries. This will also nudge foreign funds to register with SEBI.” Advertisement

Next StoryManaging your startup budget the right way this Budget season
Popular on BI
1
How much Deloitte, KPMG, EY, and PwC accountants and consultants make, from entry level to executive roles
2
I left a career in sports television to become a writer. Here's how I made the first year a success — and what I wish people people knew about freelancing.
3
Apple and Google just got sued by the maker of the hugely popular video game 'Fortnite' over their app store policies. Here's what you need to know about the major antitrust battle it reignited.
Latest Stories
Trending News
Managing your startup budget the right way this Budget season
Budget 2016: Here’s why startups should not worry about expenses on brand building
Mr Arun Jaitley, here’s what the startup industry is expecting from Budget 2016
Popular Categories
Trending Right Now
More from our Partners