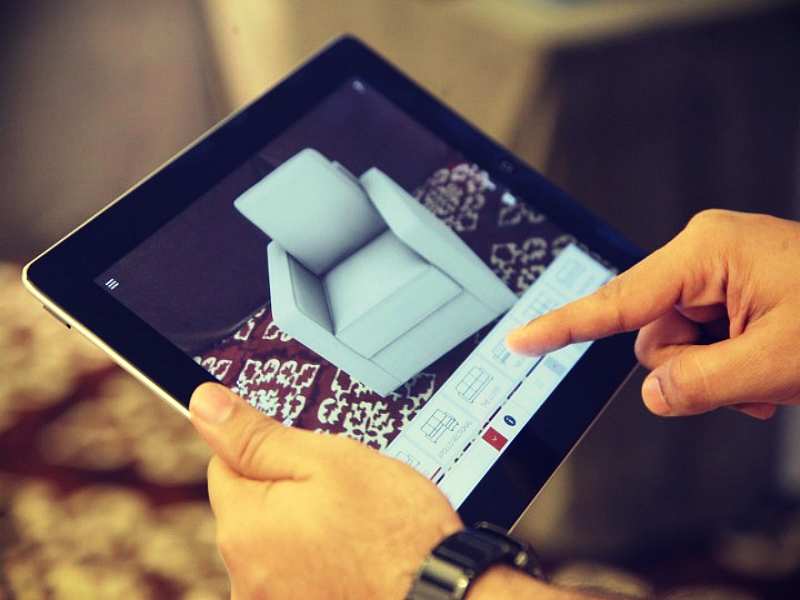 Advertisement
Be with me and imagine this, you enter your new apartment, wear a (or similar equipment), turn on an app, and a life-size bed conjures in front of you, then a wardrobe and dining table, and so on. You hold the power to move each of these 3D visualizations to envisage how your final room would look. When satisfied you sign off the purchase and pay the bill.

Believe it or not, online décor company Urban Ladder is currently working on a similar project for its customers to make home design simpler and more intuitive. The company is reportedly in talks with Virginia based Markel Corporation to turn this into reality.

The company currently uses visual merchandising and silhouette to give a sense of the size and proportion. A drag and drop 3G imagery option is available as a Beta version on its ‘Living Spaces’ Android app and the feature's iOS launch is set for next week.

Around 90% of India’s current furniture market is consolidated with carpenters and their brochures and value-for-money quotients. Can this centuries old tradition be replaced by online options?
Advertisement

“With carpenters the consumer hardly gets a realistic sense of the quality or the finish. Ours is a lot more powerful solution than any existing solution in the market today. Also, in the last 20 years there has been an upswing in the number of people having higher disposable income. People are ready to spend a premium as long as the quality is good”, Srivatsa observes.

Swedish furniture giant Ikea is set to launch 25 stores across four major states – Mumbai, Delhi, Bengaluru and Hyderabad with an investment of over Rs 12,000 Crores by 2017. Its first store in Hyderabad would be inaugurated next year. Does the brand feel at risk with the online décor market expanding with players like Pepperfry and FabFurnish?

“We’ve currently expanded to global sourcing from China, Malaysia, Poland and Indonesia. In the next one year we’re going to be a 700 Crores company with a wider range of products at better prices. A consumer would have no reason to go to an Ikea”, Srivasta maintains.

Given that most interior designers and large scale furniture manufacturers are based in the metros, is logistics as a problem for furniture e-tailers, especially when it comes to Tier II and Tier III cities?

“Demand generation and logistics is a challenge. We want to focus on the few top cities for now because that is where the demand is the highest”, Srivasta says.
Advertisement