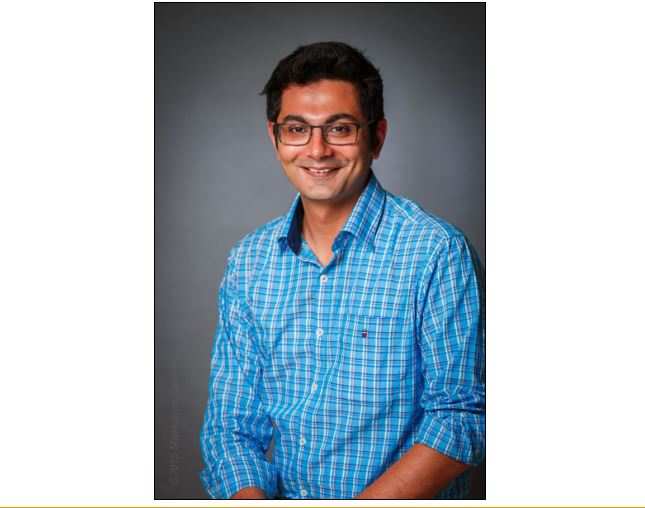 “Even though 2015 has been the year of the burgeoning presence of numerous startups, very few of these look towards finance and even fewer look towards insurance,” states , CEO and co-founder of Coverfox, matter-of-factly.
This is what he thinks is one of ’s biggest advantage as very little has been done in terms of innovation and as a result there’s massive scope. Investors too have seemed to realize that- going by the figures that the company has managed to raise during its two rounds of founding.
Advertisement Having managed to get an IRDA Direct Broker license in early 2014, Mumbai-based Coverfox then raised $2 million in its Series A round of founding following it with a Series B round where it raised $12 million in April 2015. That’s not all. In September, the company bagged headlines for receiving an undisclosed amount of investment from N. R Narayan Murthy’s private investment firm Catamaran Ventures.
The money he tells me is going to be invested heavily in two core areas- branding and technology.
“It’s not enough that we create a seamless experience for customers looking to buy insurance online or package information in a way that is easier for them to understand unless we market ourselves well. All of this is no good if no one is aware of our existence and views us as a credible platform. We just launched our first ever TV campaign and going by the response, we’re hoping that should do the trick for us,” he elaborates.

When asked about the biggest challenge affecting the online market which seems to be growing due to the proliferation of smartphones, he is quick to answer that it’s agents. “Substituting agents who are the biggest reason the insurance market is predominately viewed as an offline player is a necessity. However, what helps is that with the number of career opportunities that are available right now, no one really wants to become a ‘LIC agent’ anymore. It’s being said that we’re losing close to 100,000 agents every year. It’s possible to earn more being an Ola or an Uber driver than by being an agent.”
Advertisement

Another challenge he belies is undoubtedly the strict regulations which result in slowing down the pace of innovation. “Even though these regulations do help us as well, but sometimes they can cost us. For example, I can’t offer discounts even ifg my economics are in place as the pricing is also regulated,” he says.

But, he’s hoping that these challenges fall short of stopping customers from, buying insurance online. Infact, he feels that if a customer is looking for a seamless transaction experience they should buy insurance on their portal as they have integrated almost 35 insurance companies on their portal offer better pricing than what’s offered offline.
Additionally, what he thinks will benefit Coverfox in the long run is that the company is very focused on what it intends to achieve and as of now there are no plans of diversifying or acquiring. There are however plans of tie-ups. Advertisement
Recently, Coverfox tied up with to offer customers and it is the used car market that they’re going to be heaving focusing on, as they believe that insurance of cars is a mandatory activity and hence the company has announcements of three tie-ups with large car-portals in the pipeline.
“The aim is to be the leader in the car insurance market, very soon,” he signs off.

Next StorySamsung India is not letting its Indian employees be crorepatis!
Popular on BI
1
Airtel’s Africa unit is now a nearly-billion dollar business where every user pays 40% more than the one in India
2
How to open a bank savings account using video KYC
3
A 72-year old Delhi restaurant that hosted Lord Mountbatten, Raj Kapoor, Yash Chopra and Arun Jaitley says this year is about survival
Latest Stories
Trending News
Samsung India is not letting its Indian employees be crorepatis!
There is no good reason to buy bottled air from Canada
HUL is enhancing presence in ayurveda space and building personal care portfolio. Here’s how
COVID-19IndiaCases: 145,380Deaths: 4,167Recovered: 60,491
COVID-19WorldCases: 5.31mnDeaths: 342kRecovered: 2.23mn
COVID-19USACases: 1.59mnDeaths: 96kRecovered: 379k
COVID-19Access our Live Coverage
Popular Categories
Trending Right Now
More from our Partners