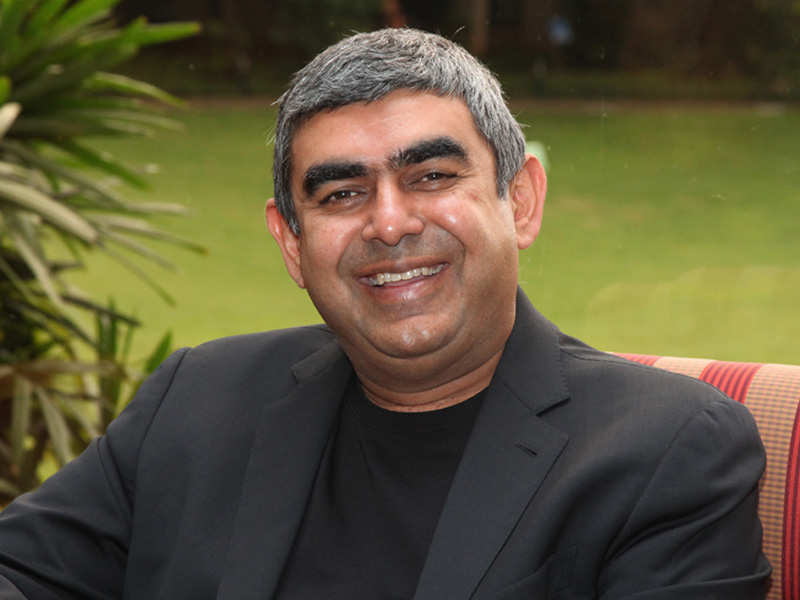 , the chief executive officer of India's second largest software exporter has given a glimpse of futuristic bets that the company is making in areas such as virtual reality. He also said that the tech giant company would now adopt more aggressive strategies in deploying across top customer projects, and would reduce its bench to make better use of existing resources.

He has earlier said that he wants Infosys to be a $20 billion company by 2020. Sikka also talked to ET about the futuristic work that Infosys is doing with Toyota Motor Corp in making driverless cars and automated driving.
Advertisement

"We see now digital connectivity, we see now computing making its way into places where they were never before -- so if you look at some places where we inhabit, cars for example, assistive driving, driverless car infrastructure has become quite commonplace...assistive driving capabilities are there in every car now...we do a lot of this work, we do a lot of this work in our own driving and automation of the driving experience for companies like Toyota and Boeing and so forth," Sikka said. He was speaking at the Kotak "Chasing Growth" conference in Mumbai.

For its other long-time outsourcing customers like GE, Infosys is working on projects in diverse areas like industrial internet and technology components of machines such as landing gears for airplanes that GE builds.

"What we can think of services that can transcend space and time constraints. One example of this is the work we have done with GE -- the landing gear traditionally used to have four sensors and the landing gear is an incredibly important part of an airplane..these systems need to have 100% reliability otherwise people die. We have recently together with GE instrumented these landing gears around 30 additional sensors..we can basically do everything that we can think of on the digital twin of the landing gear. All its operational behaviour, its operational parameters, its health, predicting its useful remaining life and how it intersects with the number of remaining flights planned, things like that," explained Sikka.
Advertisement

He spoke about the inevitability of automation, and the impact it would have on jobs. "The shift to automation is inevitable. There is no doubt that it will happen, there's no doubt that it is already happening. It is not to make the horses run faster and faster or to feed them better or to give them better scheduling -- it is to turn the horse-cart into an automobile," he added.

Next StoryRCom and SSTL merger gets CCI stamp
Popular on BI
1
CAG is hiring more than 10,000 accountants and auditors around the country
2
Old vehicle owners may have to pay up to ₹3,800 per year as ‘Green tax’
3
GameStop short-sellers have lost $5 billion this year as Reddit's day-trader army squeezed their bearish bets
Latest Stories
Trending News
Buying Guides
RCom and SSTL merger gets CCI stamp
TCS to increase notice period to three months from March
Zenefits' new CEO just banned employees from drinking alcohol at the office
Popular Categories
Trending Right Now
More from our Partners